While students across the nation were walking out of their classes yesterday calling for stricter gun regulations, South Carolina Gov. Henry McMaster was denouncing them for their peaceful protest.

He called it “shameful.” He claimed the students were being used by liberals to advance an agenda of… being alive, I guess?

“It appears that these school children, innocent school children, are being used as a tool by [this] left-wing group to further their own agenda,” McMaster told South Carolina public television network ETV.

“This is a tricky move, I believe, by a left-wing group, from the information I’ve seen, to use these children as a tool to further their own means,” he continued. “It sounds like a protest to me. It’s not a memorial, it’s certainly not a prayer service, it’s a political statement by a left-wing group and it’s shameful.”

“What we should all do and what these students should do — I imagine a lot of them intend to do — is to pray and to hope for the families of those who were slain,” McMaster said.

So a prayer service would’ve been okay, but not calling nationwide attention to a uniquely American problem that is only exacerbated by Republicans. That’s conservative thinking in a nutshell.

The reason this protest — this movement, really — has reached a fever pitch is because the teenagers in Parkland know the only thing conservatives have to offer right now is “thoughts and prayer.” McMaster isn’t the first politician to offer a trite sound bite instead of meaningful action; he’s only the latest. They marched because they know how useless religious wishes are in tackling a very real problem, and they want legislative change, not Republicans reading from the same script as usual.

If McMaster thinks it’s a left-wing plot, that’s only because his party is doing virtually nothing to protect students’ lives. (For Republicans, being “pro-life” only applies to fetuses. After you’re born, the GOP stops caring about you.)

It’s also incredibly insulting for McMaster to treat these students as Democratic pawns instead of individuals who care about this issue. The students who marched organized themselves. This wasn’t a mandate from a political party. (Hell, if Democrats were capable of being this organized, we might not be in this mess.)

One of the Parkland students, David Hogg, was quick to respond to McMaster, telling him “those future voters will not reelect you.”

That's fine those future voters will not reelect you and outlive you too can't wait to see what the history textbooks our generation writes will have to say about people like you https://t.co/96wQvE1cNA *cough cough its called the first amendment.

McMaster, like so many Republicans, thinks the solution to gun violence is having more guns. But he better get used to the idea of young people mobilizing against the GOP and everything they stand for, since the Republican Party is practically a public health hazard at this point. 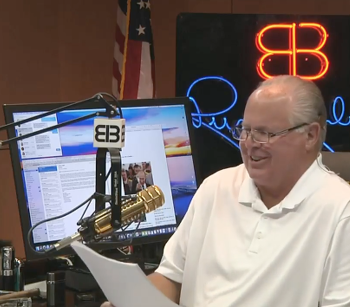 March 15, 2018
Rush Limbaugh: If No One Saw the Big Bang, How Do We Know It Really Happened?
Next Post 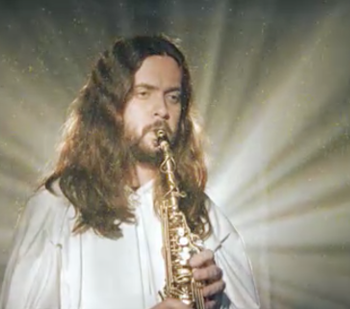 March 15, 2018 Jesus Taught Me How to Play Soprano Saxophone While I Was Dead, Says Christian
"I5t's sad to see that it's not just religion. There are atheists who are get ..."
se habla espol FL Christians Condemn Face Masks for ..."
"Their argument always falls flat when I ask if there was a human to witness ..."
Matri Scientists Disagree on the Universe’s Age, ..."
"tell that to the right wing christians who whine about hollywood.those folks are way more ..."
mfm420 Openly Gay Singer Reveals the “Dark ..."
"I read once that when they made the reunion special, he made an apology to ..."
Wookie Monster Scientists Disagree on the Universe’s Age, ..."
Browse Our Archives
What Are Your Thoughts?leave a comment