How does that make any sense? Anderson doesn’t believe Graham was harsh enough in telling people the truth about the Bible.

… And you say, “Oh, how dare you mock Billy Graham?” Well, you know what? “I don’t appreciate that!” Well, you know, I don’t appreciate Billy Graham leading millions of people to Hell. And you know what? He oughta go to Hell because he’s been leading people there for decades with his lying, false teaching, and getting on TV saying that Hindus are going to Heaven and Muslims are going to Heaven. Teaching lies for filthy lucre’s sake. Wicked false prophet. And he’s burning in Hell.

Not that I care to defend Graham, but his whole schtick was telling people Jesus Christ was the only way to get to Heaven, which means Muslims and Hindus can’t get there unless they convert. And while his ministry took in plenty of money, Graham himself lived a modest lifestyle.

But facts rarely matter to a guy whose entire Independent Fundamental Baptist church revolves around the hate he preaches. 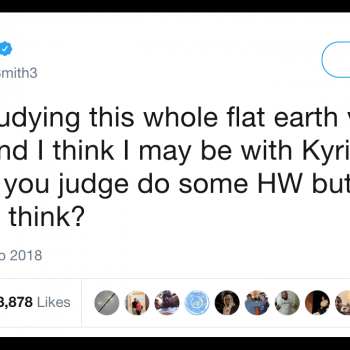 February 26, 2018
NFL Star Geno Smith Is the Latest Athlete Claiming the Earth is Flat
Next Post 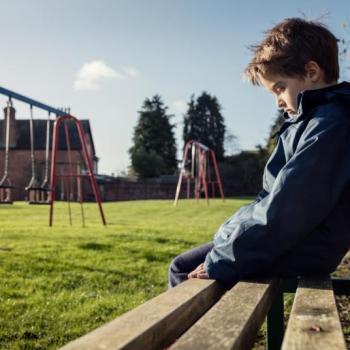 February 26, 2018 Government-Funded Foster Care Agency Cuts Ties with Anti-LGBTQ Bible Camp
Browse Our Archives
What Are Your Thoughts?leave a comment