The cover story for the December 2017 National Geographic reveals one of the major conundrums in discussing religious ideas rationally in America. 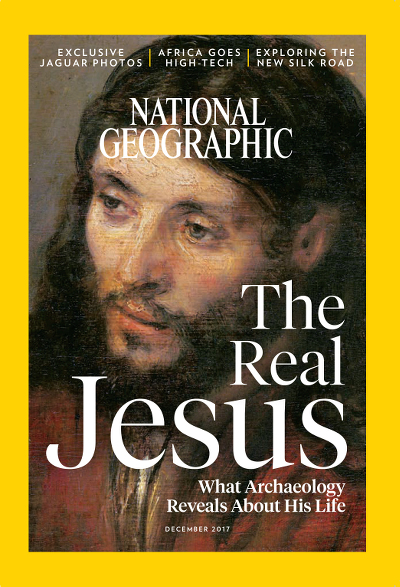 “The Real Jesus: What Archaeology Reveals About His Life,” the cover reads. To a casual, indiscriminate reader, this unambiguously implies that there was a “real” Jesus. In fact, the deified Christian prophet’s existence is largely historical speculation, based almost wholly on references to such a person in ancient Christian writings. There’s no DNA. No video clips. No infallible historical accounts. Neither science nor reality can verifiably confirm him.

That the article appears in an iconic, prestigious, internationally distributed magazine further lends unsubstantiated support for the idea that the Jesus of scripture actually once lived on Earth. Not only was Jesus a human being, the article infers, but also simultaneously may have been the divinity the Bible claims he embodied.

The evidence cited? Around the time Jesus purportedly lived, carbon dating placed a tomb discovered in 2016 in Jerusalem’s venerable Church of the Holy Sepulchre complex. It was carved out of stone… which is how the Bible characterizes the vault where Jesus was laid after his crucifixion. Might it be the temporary gravesite of the Son of God? That’s the refrain we see throughout the piece. 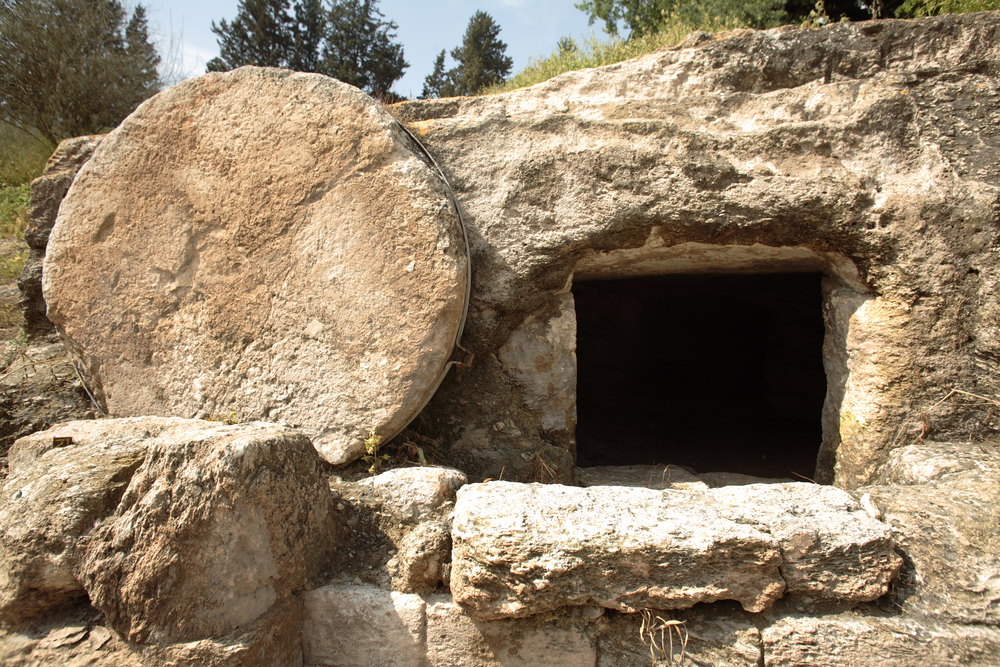 There’s no evidence that the answer is yes, but we do have the fervent hope of two billion Christians backing that wishful, virtually unverifiable hypothesis.

Yet, there it is in black-and-white and full color in the exalted National Geographic. How, a reasonable person might ask, could such an influential publication write about Jesus’ “real life” if material confirmation that he existed at all is vanishingly thin? It’s because Jesus is so central to American mythology that He has seemed real for centuries and is therefore commonly imagined and referred to as a real person. It’s possible Jesus existed, but that’s not yet set in stone, as it were, so we should treat that hypothesis with an appropriate measure of reasonable doubt.

Kristin Romey, the author of the article, clearly tried to be objective in her reporting, but toward the end of the piece, she appears to lose her professional detachment.

I was overwhelmed by all the questions of history I hoped this brief and spectacular moment of exposure [to the newly discovered tomb] would eventually answer.

Clearly, one of the possible (though patently improbable) “answers” in her mind, was — finally! — tangible proof of this purported Nazarene carpenter’s existence. Otherwise, there was nothing to be overwhelmed about, just one among thousands of nameless ancient tombs in and around Jerusalem.

Yet, hope, especially among the religiously faithful, springs eternal.

The genesis of National Geographic’s new, rather breathless, depiction of the deified Christian prophet’s possible tomb site began about a year ago after the magazine sent a large team of writers, photographers and videographers to cover, over 60 hours, the unveiling of the historically tantalizing, newly discovered tomb.

“There was this incredible response to the news story in October (of 2016),” said Kathryn Keane, vice president of exhibitions for National Geographic during a Nov. 9 interview with Catholic News Service.

More than 3 million viewers worldwide flocked to the National Geographic website to read the news documenting the removal of the slabs and to see photos that included images of broken marble around the tomb inscribed with a Christian cross.

“It was one of the highest-rated stories of the year for us,” said Keane. “We got a sense from that, that there would be a lot of interest in this story.”

Just as even once-vaunted CNN is now playing to its audience’s lust for entertainment by ridiculously over-dramatizing facts, National Geographic appears to be acutely pandering to its subscriber’s fantasies at the expense of evidence-based rationality in misrepresenting actual, even historic events.

At the tomb’s unveiling in 2016, J.J. Kelley was the National Geographic Explorer senior producer who set up cameras at the site, which was referred to as the “Tomb of Christ.”

“I got chills, goose bumps being inside that space,” Kelley said during a panel at the museum on the opening night of the virtual “Tomb of Christ” exhibition. “It’s one of the most profound assignments you could ask for.”

His reaction, of course, reveals emotional longing, not material truth.

The notable trend toward subtle disingenuity in the magazine’s reporting has been raising eyebrows since its uber-popular story last year about the tomb find. Of note, the magazine is now controlled by conservative publisher and science-skeptic Rupert Murdoch, who also owns tabloid newspapers and the Wall Street Journal.

Jerry Coyne, the (now-retired) University of Chicago evolutionary biologist who wrote the books Why Evolution is True and Faith vs. Fact, has repeatedly criticized the magazine for “extolling the virtues and verities of faiths without questioning them in the least.”

In a perfect, rational world, a more accurate, appropriate headline for the new National Geographic cover story would have been, “Did Jesus actually exist? Archeologists fervidly analyze a newly discovered tomb in the Holy Land for clues.”