Do secular hymns exist? Are there non-religious songs that evoke the kind of emotion and reaction that we often attribute to sacred music? 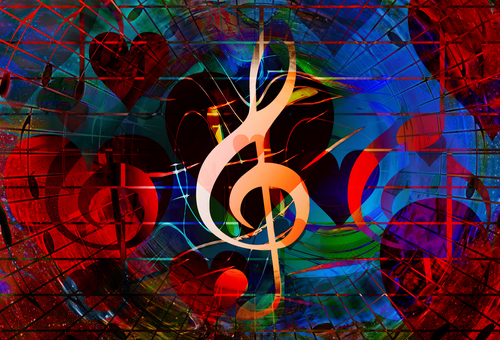 Absolutely, says BYU Communications Professor Steve Thomsen. One example, he says, is the Leonard Cohen song “Hallelujah” (which isn’t about religion at all despite the allusions). It stirs up all sorts of emotions in people who love the song. And it’s not the only one, as he explains in a research paper published in the Journal of Media and Religion.

Thomsen’s recent article in the Journal of Media and Religion identifies a group of what he and coauthors call “secular hymns,” including “Somewhere Over the Rainbow,” “Don’t Stop Believing,” “Imagine,” “Free Fallin'” and “What a Wonderful World.”

So what’s the secret to a secular hymn? Thomsen and his co-authors narrowed it down to six criteria:

1) The song transcends generations and remains popular by being covered over a long period of time.

2) Like many religious hymns, a primary theme of the song is redemption and/or deliverance, while also possibly including allusions or emphases on an explicit or abstract fallen state.

3) The secular hymn has religious or spiritual overtones (or has the potential to evoke these feelings within the listener) without being overtly religious. This may also include literal or cultural use of Biblical symbols and phraseology.

4) Secular hymns will have references to or use metaphors relating to vertical positions of up or down or metaphors that refer to light and dark.

Two more criteria refer to how the song is used, not the song itself:

5) The song’s original meaning transcends its initial purpose and is semiotically transformed to represent something entirely new or is now used broadly by audiences in public settings for new purposes that could include something with a deeper meaning (e.g., national grieving, reflection, mourning, celebration, determination, overcoming).

6) The secular hymn is used individually as a background or backdrop to personal celebrations and important life events such as weddings, bar mitzvahs, funerals, anniversaries, and so forth.

Considering that the percentage of non-religious Americans is still on the rise, it’s inevitable they’ll find substitutes for all the good things religion offered. Music is one of them — and some songs carry more weight than others precisely for these reasons.

January 23, 2017
The University of Texas at Austin's Medical School Will Soon Train Students at a Catholic Hospital
Next Post