Hate-Pastor Claims Victory for Christ in Botswana After Several Members of His Church Are Deported September 22, 2016 Hemant Mehta

Pastor Steven Anderson, fresh off getting deported from Botswana where he was in the middle of a “soul-winning” trip, is now doing a damage control tour. Yesterday, he declared “victory” after getting kicked out of the country, as if deportation was a badge of honor.

But now, three to four more members of his church have been deported, including Garrett Kirchway, the man who was going to open up and lead a church in the country. Without him, that project has been scrapped. Anderson, however, just uploaded a video mocking anyone who calls this trip a failure, even though it obviously was. He also explained his Plan B for building a church in Botswana. 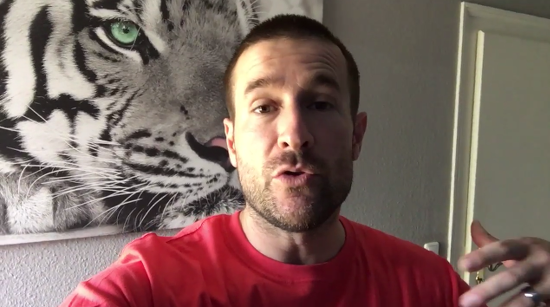 … The only way that I can see, that in the future, there can be a Faithful Word Baptist Church in Botswana would be if someone local could be trained and, you know, spearhead that ministry. Because then they would actually have some civil rights and not be able to just be deported for no reason without having broken any Botswana laws. But because we’re foreigners, you know, we don’t have any rights — according to them — and therefore they can just deport us…

It’s annoying, isn’t it, when someone takes away your civil rights even though you did absolutely nothing wrong? It’s just awful when others treat you like a second class citizen!

… says the guy who opposes marriage equality and believes homosexuality is a crime worthy of death.

The trip abroad wasn’t a failure, Anderson added, because everyone heard him say on the radio that the government should execute gay people. And around 250 people were “saved”… which, for all we know, just means a bunch of people said they believed what he was saying so he’d shut up and go away.

I knew the man was delusional, but this is pathetic, even for him.

September 22, 2016
Christians Lay Hands on Donald Trump To Protect Him From "Concentrated Satanic Attack"
Next Post