Supreme Court Will Not Hear Case Involving Pharmacists Who Refuse to Do Their Jobs Because of Jesus June 28, 2016 Hemant Mehta

Just a day after a monumental ruling defending abortion rights in Texas, the Supreme Court today rightly refused to hear a case involving religious pharmacists in Washington state who refuse to dispense birth control because their faith forbids it. 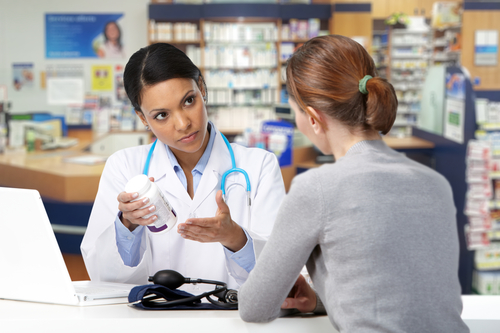 The justices said they will not review a Washington state rule requiring pharmacies to fill prescriptions regardless of religious objections, while allowing exemptions for other reasons such as a patient’s safety or ability to pay.

Chief Justice John Roberts and Justices Samuel Alito and Clarence Thomas dissented from the refusal to hear the case. “If this is a sign of how religious liberty claims will be treated in the years ahead, those who value religious freedom have cause for great concern,” Alito wrote.

Religious liberty isn’t, and hasn’t been, under threat. Pharmacists have no right to get between a doctor and a patient when there’s no medical reason to do so. If pharmacists can’t do their job because their religion is in the way, an appropriate solution would be to find another line of work or ditch the religion — not let the patients suffer. (What about the patients’ beliefs that abortions are legal and appropriate? Do they not matter?)

Keep in mind that state law still allows pharmacists to refuse to dispense birth control if a colleague will do it instead. This case involved a pharmacy in which the owners refused to even stock the pills because it was their religious belief that birth control and Plan B pills cause abortions. (They’re absolutely wrong about that. But, just like in Hobby Lobby, facts are irrelevant in cases involving religious liberty.)

Americans United for Separation of Church and State, which wrote an amicus brief in the case, says this was the right decision by the Supreme Court:

“A pharmacist’s personal religious beliefs must not be allowed to get between a patient and her doctor,” said the Rev. Barry W. Lynn, executive director of Americans United. “The Supreme Court did the right thing by refusing to hear this case.”

A year ago, the 9th U.S. Circuit Court of appeals upheld Washington state regulations adopted in 2007 requiring pharmacies to fill all valid prescriptions provided by doctors. Those rules also permit individual pharmacists to refuse to fill a prescription as long as a colleague will do so instead.

Pharmacies, however, may not completely refuse to dispense certain drugs. The Stormans family, who owns Ralph’s Thriftway pharmacy in Olympia, claimed that provision violated its religious freedom rights. The family succeeded in a federal trial court in 2012, but the state appealed, arguing that it had a rational basis for requiring pharmacies to stock emergency contraception and other birth control pills.

Keep this in mind. It only takes 4 justices to hear a case at the Supreme Court. The three conservative justices all wanted to take it up. Had Justice Scalia been around, they almost certainly would have heard it.

And if Donald Trump is elected, you can bet conservatives will pressure him to appoint Scalia-like justices so that they can wedge their faith into the law. If that isn’t reason enough to vote for Democrats in both the Senate and the White House in November, I don’t know what is. Elections have consequences and the Court is still up for grabs.

June 28, 2016 Texas Sheriff Sends Sex Traffic "Victims" To Christian Ministry
Browse Our Archives
What Are Your Thoughts?leave a comment