On Friday, in McLennan County, Texas, Sheriff Parnell McNamara announced that his staff had arrested at least 56 sex workers and johns in the largest ever sting of that nature in his department’s history. 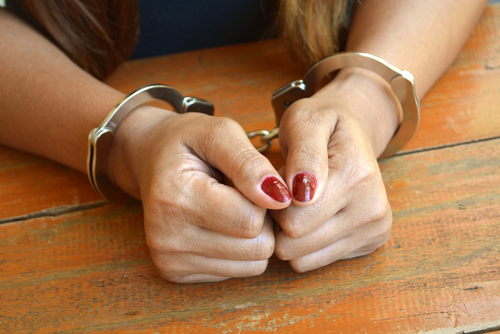 Most were adult women, 18-50, forced into prostitution by their pimps, who McNamara said were the “real” targets.

His deputies, some who were undercover, have been working with the Department of Homeland Security, and an organization called UnBound which helps sex trafficking victims.

Nine of the women arrested were turned over to UnBound to try to get them a fresh start.

I’m aware there’s a stigma against women in this line of work (and those who do it are not necessarily victims of “sex trafficking”). There’s also a debate to be had about who, if anyone, should ever be arrested over such interactions.

But I want to focus on those women who were “turned over to UnBound.”

McNamara said his goal was give those women a “fresh start,” but UnBound is hardly the place to do it. It’s a Christian ministry that lists “Jesus and the Local Church” and “Prayer” among its values. The group’s goal is to win over new converts, as if that’s a way for to change their clients’ lives for the better.

I’ve said this before, but if people need serious help, whether it’s overcoming addiction or sexual abuse, filling their minds with Jesus isn’t the way to do it. It’s just another form of control they can do without, another problem on top of the ones they already have.

There are secular versions of recovery programs all over the country. As it stands, though, this is just government endorsement of religion and it likely won’t pass legal muster. Church/state separation groups have been notified.

June 28, 2016
Supreme Court Will Not Hear Case Involving Pharmacists Who Refuse to Do Their Jobs Because of Jesus
Next Post