Pastor Steven Furtick, Once Again, Avoids Questions About the Shady Workings of His Megachurch May 12, 2016 Hemant Mehta

Pastor Steven Furtick, Once Again, Avoids Questions About the Shady Workings of His Megachurch

He purchased a $1.7 million house, money that he likely had thanks to his position in the church, then tried brushing it off as if it wasn’t a big deal by saying, “it’s not that great of a house.” He won’t tell anyone how much he makes, and his salary is decided by a group of his buddies. Everyone who works or volunteers with the church has to sign a confidentiality agreement that prevents them from speaking publicly about the church’s finances. He planted volunteers in the crowd to get fake-baptised so that others might succumb to the peer pressure, then created a guide to help other churches with these “spontaneous baptisms.” The church constantly tells people how amazing Furtick is, as if Jesus isn’t enough for them.

And he also made this video lashing out at his “haters”: 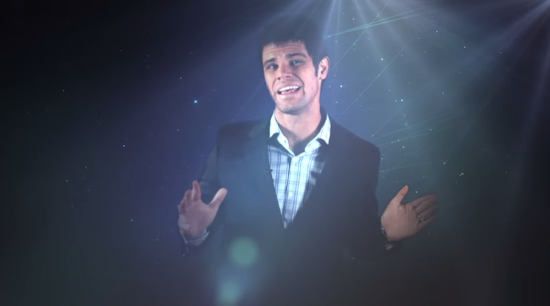 So when journalist Jonathan Merritt was given the chance to interview the pastor about his new book, he felt obligated to ask some questions about Furtick’s general shadiness.

That didn’t go over so well with Furtick’s entourage. Merritt writes:

… I sent a set of seven questions for Furtick to answer that I felt were direct, but not harsh. Only he did not answer them. His publicist sent the following message to my editorial assistant: “I wanted to get back with you that Steven Furtick’s office has now declined the interview. We all understood that Jonathan might choose to address some difficult questions. Now that they have the questions in hand, they’ve decided to pass.”

That’s what cult leaders do. They refused to be transparent about money — even to their own followers — and run away when anyone asks them about the inner workings of their organization.

You can read Merritt’s questions, too. Even a second-rate politician would know how to work around the tougher ones. If Furtick can’t handle those, it suggests he has far more to hide than he lets on.

You also have to wonder what the hell is wrong with the 20,000 or so people who visit his church on a weekly basis. Do they have any idea where their money is going? Do they care at all about the honesty and openness of their pastor?

Of course they don’t. Even asking questions is a form of Christian persecution, isn’t it?

May 12, 2016
Scores of Christian Asylum Seekers in Germany Report Being Attacked By Muslim Refugees
Next Post

May 12, 2016 Legal Scholars Urge Obama to Rescind Memo Letting Religious Charities Discriminate in Hiring
Browse Our Archives
What Are Your Thoughts?leave a comment