As much as I don’t want the government giving any money to faith-based groups, it’s hard to argue when those groups are well-equipped to do charity work and equally effective secular alternatives aren’t available. To be sure, the groups receiving the money can’t proselytize on the taxpayer dime, but — and this is important — they are allowed to discriminate in hiring.

President George W. Bush, in 2007, said that was legal and President Obama hasn’t said otherwise, so the discrimination has continued.

Despite the significant progress this administration has made on LGBT rights, this is the elephant in the room that that Obama could eliminate with the stroke of a pen… but he has mysteriously chosen not to. 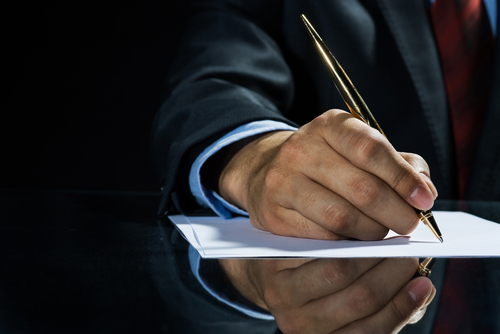 It hasn’t gone unnoticed over the years, either. And one of the biggest critics of the Bush-era policy was Campaigner Obama in the summer of 2008, when he explained to a crowd in Zanesville, Ohio what he would do with the then-named Office of Faith-Based and Community Initiatives:

“First, if you get a federal grant, you can’t use that grant money to proselytize to the people you help and you can’t discriminate against them — or against the people you hire — on the basis of their religion. Second, federal dollars that go directly to churches, temples, and mosques can only be used on secular programs. And we’ll also ensure that taxpayer dollars only go to those programs that actually work.”

I liked that guy. Someone should bring that guy back.

In 2011, atheist Amanda Knief asked President Obama about his broken promise at a town hall meeting:

KNIEF: I’m an atheist, and in Zanesville, Ohio in 2008, you asserted that no organization receiving taxpayer funds would be able to discriminate in hiring or firing based on a person’s religion. However, you have not rescinded the Executive Order that permits this type of discrimination.

In a time of economic hardship, when it’s difficult for a person to get a job based on her skills, what would you say to a woman who has been denied employment because of her religion or lack of religious beliefs by a taxpayer-funded organization?

OBAMA: Well, this is a very difficult issue, but a more narrow one that I think might be implied. It’s very straightforward that people shouldn’t be discriminated against for race, gender, sexual orientation, or religious affiliation.

What has happened is that there has been a carve-out dating back to President Clinton’s presidency for religious organizations in their hiring for particular purposes. And if — this is always a tricky part of the First Amendment. On the one hand, the First Amendment ensures that there is freedom of religion. On the other hand, we want to make sure that religious bodies are abiding by general laws. And so where this issue has come up is in fairly narrow circumstances where, for example, you’ve got a faith-based organization that’s providing certain services. They consider part of their mission to be promoting their religious views.

But they may have a daycare center associated with the organization, or they may be running a food pantry. So then the question is: Does a Jewish organization have to hire a non-Jewish person as part of that organization?

Now, I think that the balance we’ve tried to strike is to say that if you are offering — if you have set up a non-profit that is disassociated from your core religious function and is out there in the public doing all kinds of work, then you have to abide generally with the non-discrimination hiring practices. If, on the other hand, it is closer to your core functions as a synagogue or a mosque or a church, then there may be more leeway for you to hire somebody who is a believer of that particular religious faith.

It doesn’t satisfy everybody. I will tell you that a lot of faith-based organizations think that we are too restrictive in how we define those issues. There are others, like you, obviously, who think we are not restrictive enough.

I think we’ve struck the right balance so far, but this is something that we continue to be in dialogue with faith-based organizations about to try to make sure that their hiring practices are as open and as inclusive as possible.

That’s a long response that didn’t do justice to her question. It merely evaded the issue. And the discrimination stayed in place even longer.

Now, several legal scholars are making a personal plea for Obama to undo this damage before he leaves office. Writing for Columbia Law School’s Public Rights/Private Conscience Project, they remind Obama that religious groups have taken advantage of this exemption in ways that were never intended:

The Columbia analysis says that since the government is not forcing faith-based organizations to apply for grants, it invalidates the argument that they are being substantially burdened. Instead, the organizations are freely choosing to bid on government contracts with certain conditions specified in advance.

The analysis also highlights examples in which some religious groups have expanded the scope of the 2007 memo, using it as a legal justification to cherry-pick what provisions of a federal grant to fulfill. For example, when the United States Conference of Catholic Bishops (USCCB) won a 2005 grant from the Department of Health and Human Services (HHS) to provide assistance to human trafficking victims, the bishops did not provide contraception or abortion. The ACLU sued HHS in 2009, and the agency ended its contract with the USCCB in 2011.

… Some legal scholars argue that by keeping the memo in place, the Obama White House is giving ammunition to groups who sue the government in religious liberty cases.

You can read the full memo right here.

This administration has nothing to lose with this. More importantly, religious groups have no good reason for continuing this discrimination. They’re not hiring pastors. They’re hiring employees for charity work. If they want to exclude people on the basis of religion, let them do it with their own cash.

Unless Obama rescinds the memo, he’s sending a contradictory message to the LGBT community and anyone who’s a religious minority: He’ll support our rights in his speeches, but he won’t even lift a pen to take meaningful action to prevent discrimination against us.

“Leaving it in place tarnishes the civil rights record of the Obama administration,” [legislative director for Americans United for Separation of Church and State Maggie] Garrett said.

May 12, 2016
Pastor Steven Furtick, Once Again, Avoids Questions About the Shady Workings of His Megachurch
Next Post