Why Actor Stellan Skarsgård Would Rather Follow a Children’s Cartoon Animal Than God April 24, 2016 Terry Firma

You may have seen Swedish actor Stellan Skarsgård at work in flicks like Good Will Hunting, Dancer in the Dark, and David Fincher‘s version of The Girl with the Dragon Tattoo. He’s always interesting to watch, and that’s no different in this TV appearance.

Not all interviewers are created equal, and Fredrik Skavlan, who got Skarsgård to join him in the studio, is probably more vapid than most. In a conversation about religion, he erroneously asks why Skarsgård, an atheist and humanist, has “attacked God,” and then wants to know if the actor has honestly never thought that there must be a Creator “out there.”

Through it all, you can see Skarsgård struggling, and succeeding, to stay polite in the midst of his host’s perplexity. All the same, he doesn’t beat around the bush. 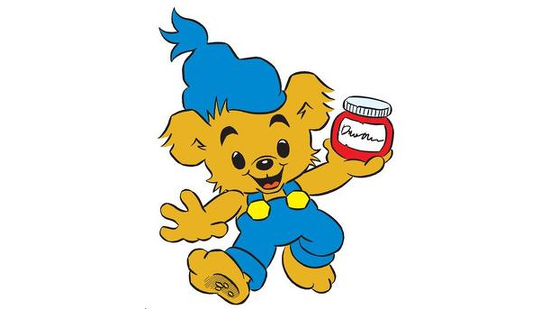 At one point, Skarsgård says that he rejects the Bible and the Qur’an, and prefers Shakespeare for the bard’s humanity and capacity to describe love. He then adds, to much audience laughter, that if people are interested in finding an example to live by, they should consider following Bamse, a happy Swedish cartoon bear (above).

Skarsgård has said he considers the notion of God absurd and that if a real God were actually so vain as to constantly demand worship, then he would not be worthy of it.

He’s also one of 12 prominent Swedes who collectively released a manifesto protesting a United Nations resolution that condemned criticism of religion, writing,

A secular society encourages criticism of any system of ideas on an equal basis, regardless of political, philosophical or religious ideologies. No ideological group should have the right to avoid criticism, or to avoid having to account for itself, by invoking freedom of religion. No one should be able to hide behind cultural traditions when it comes to human rights abuses. In a secular society, no group possesses the right to oppress individuals, or restrict their way of life.

P.S. Though the YouTube video got posted only days ago, I just found out that the clip actually appears to come from a 2009 or 2010 broadcast.

April 24, 2016
This Chiropractor Cracks a Baby's Back in This Highly Disturbing Promotional Video
Next Post