Conservative blogger Matt Walsh must live in the tiniest of bubbles, because there are millions of Christians who could prove his tweet wrong:

I know Walsh is being tongue-in-cheek here. He knows damn well that there are Christians who support LGBT and women’s rights. Hell, there are entire Christian denominations that support those rights.

To be one of those, judging by Walsh’s words, you have to be an asshole to everyone who disagrees with you.

But if we’re going with literal interpretations of the Bible, let me throw this out there: Here’s Walsh’s Twitter profile picture: 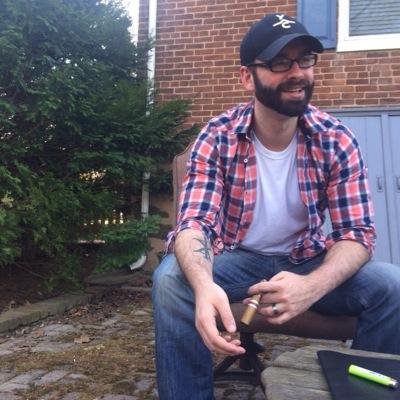 That would be him smoking a cigar with a tattoo on his arm — both of which are ostensibly condemned in the Bible. I guess we’re supposed to ignore that.

What’s next? A blanket condemnation for any so-called “Christians” who vote for a Democrat?

April 9, 2016 Florida Governor Rick Scott Criticizes "Latte Liberal" for Not Reciting the Pledge of Allegiance
Browse Our Archives
What Are Your Thoughts?leave a comment