Former Speaker of the House Dennis Hastert, an evangelical Christian, got in trouble with the law a year ago over suspicious banking transactions. Investigators found that Hastert had withdrawn almost a million dollars from his accounts in increments of just under $10,000, in an apparent attempt to dodge banks’ reporting requirements.

Where did all that cash go? Hastert was paying hush money to “compensate for and conceal his prior misconduct,” in the tantalizing words of the eventual indictment. He also lied to the FBI about the withdrawals. The word “misconduct” referred to an unnamed person, wronged by Hastert, in Yorkville, Illinois, where the family-values politician had been a high school teacher for 16 years. 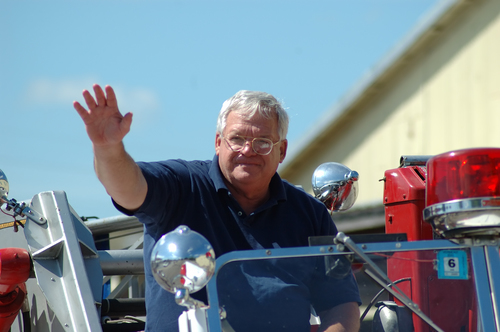 [F]or the first time, federal prosecutors have confirmed that the alleged misconduct was the sexual abuse of at least four boys, including one 14-year-old, decades ago, when Hastert was a high school wrestling coach.

According to the court filing, Hastert agreed to pay $3.5 million “to compensate Individual A for sexual abuse of Individual A committed by defendant when Individual A was 14 years old and defendant was his wrestling coach.”

Prosecutors say Hastert told Individual A he would stay in Hastert’s room on a wrestling camp trip, while the other dozen or so boys stayed in another room. Hastert massaged Individual A’s groin area, according to information gathered from Individual A. In another account, Hastert gave a 14-year-old wrestler a massage and then performed an unspecified sexual act on him.

Prosecutors also say that after a wrestling practice, one 17-year-old allegedly received a massage from Hastert, who told the boy it would help him cut weight, and then performed a sexual act on the boy.

Yeah, I’m sure that “cut weight” all right — a few grams on release.

A fourth boy, Stephen Reinboldt, who died in 1995, was sexually abused by Hastert throughout high school from the late 1960s to early 1970s, Reinboldt’s sister told prosecutors.

So Hastert is going to jail for a good long time, right? Nope. He faces six months behind bars, at most. The piddling sentence is due to the statute of limitations having run out on the sex crimes. If Hastert even goes to prison, it’s solely for his illegally-structured cash withdrawals, and for lying to federal authorities about what the money was for.

I’m glad that the prosecutors at least took the unusual step of pointing out, in their sentencing recommendations, Hastert’s “stunning hypocrisy.”