When I was a kid, our Christian homeschooling textbooks focussed obsessively on the idea of persecution. It was made abundantly clear through the “lessons” in which we read and then wrote about how we’d have to conceal our faith from the authorities and hide our Bibles away (in a Communist country, no less). There was also the selective history that focussed heavily on Catholic offenses against Protestants, but never the other way around. The message was delivered with an absence of subtlety that would embarrass Mother Gothel: from Communists to Catholics, the world was chock full of people who hated True Christians™.

You can imagine my surprise later, when I read actual history books, at finding out that the one-way street of Christian Persecution that I’d learned about was anything but — and that the long suffering Protestants of yesteryear were no less capable of making martyrs than anyone else.

Slate has a fascinating piece along those lines — on the “priest holes” English Catholics had to build in the 16th century to protect priests (and themselves) from discovery. 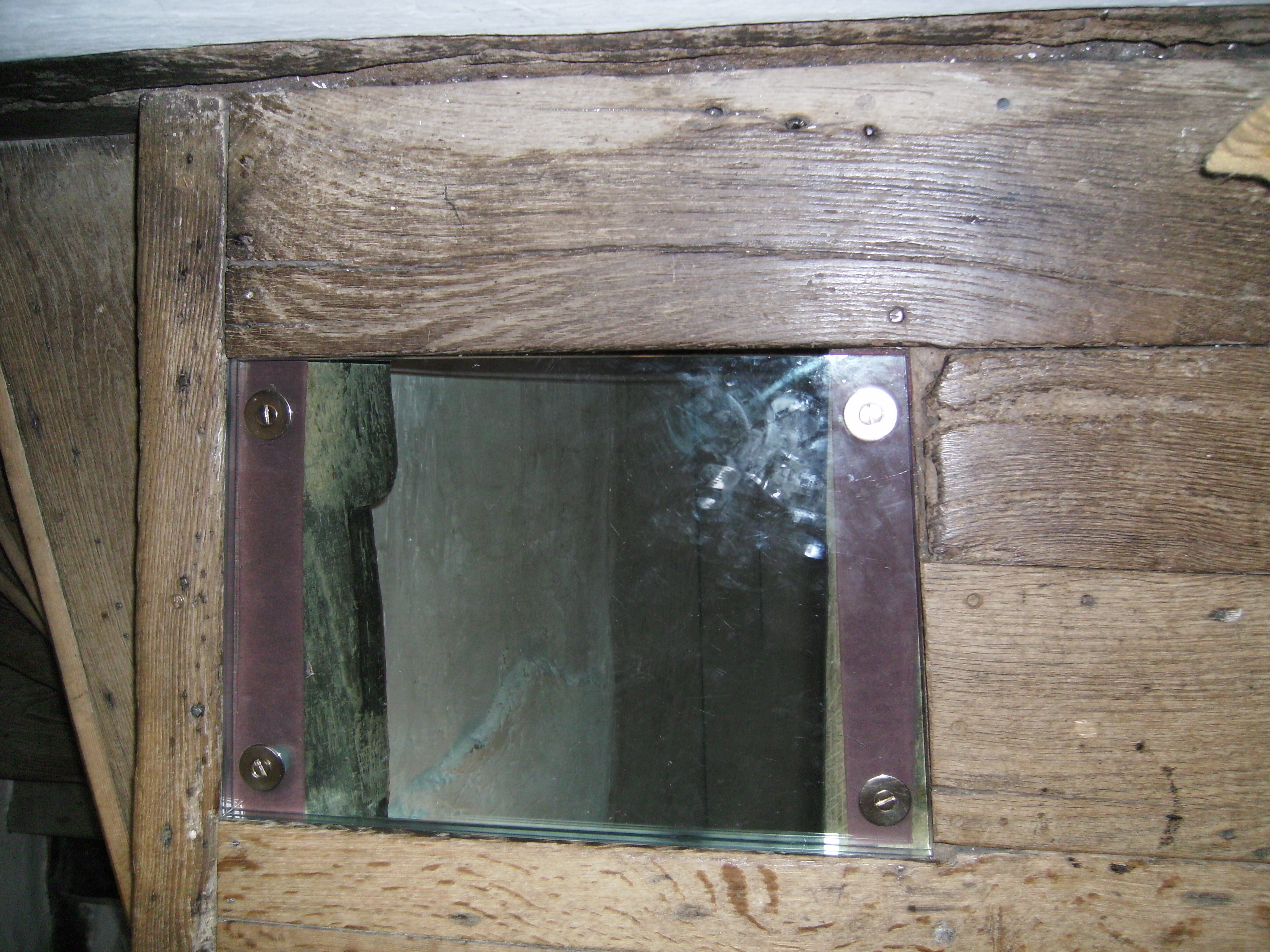 Under Queen Elizabeth I (whose motives were that ever-popular blend of politics and religion, as she was a Protestant and the Catholic establishment was hostile to her rule), practicing Catholicism was illegal and came with stiff penalties.

The queen’s response to these [Catholic Church] plots was not subtle. Under her rule, it became illegal to practice the Catholic faith in England. Anyone found engaging in Catholic rituals could face punishments ranging from fines to life imprisonment.

Catholic priests were in even more danger. It became high treason (which was often punishable by death) for a Catholic priest to so much as enter England, and anyone found aiding or harboring a priest would be just as guilty. The same went for anyone caught attempting to convert someone to the faith, as it was seen as removing supporters from Elizabeth’s cause.

In the face of this persecution, Catholics developed a number of tricks to protect themselves while praying to Elizabeth’s God in the wrong way. Including

… establishing a network of homes for priests and other “recusants” to continue the faith in England. Secret symbols, like wax discs bearing a cross and a lamb (representing the Lamb of God), were used to mark safe houses. Jesuit priests were smuggled into the country, coming to live with faithful families under the guise of a visiting teacher or cousin.

Of course, the crown got wise to these covert operations and began sending out priest hunters (technically called pursuivants) to ferret out the treasonous clergy. Surprise inspections and raids of wealthy family homes were not uncommon. If a priest was found, he would face torture and eventual execution.

To escape this fate, a number of homes installed hidden compartments called priest holes, where Catholic leaders could conceal themselves in the case of an inspection. These small hideaways were often built under staircases or inside fireplaces or behind false walls. (Even if you weren’t harboring a religious fugitive, the priest holes made a great place to stash your candles, crucifixes, and other Catholic accoutrements.) Some homes would have multiple priest holes scattered throughout, with at least one, Hindlip Hall, maintaining 12 separate holes. Some priest holes would even be hidden behind secret panels in other priest holes as an added precaution. The hiding places were generally very small, with barely enough room for a full-grown adult to fit, but they did the trick.

Priest hunters eventually got wind of these clever holes and stepped up their searches accordingly. They would knock house walls to see if they were hollow or measure the footprint of the building on the inside and outside to see if they matched. They began counting the windows and pulling up the floors. Sometimes they would stake out a home for days or weeks, just waiting for a Catholic priest to pop his head out of his hole. Occasionally, priests even perished in their hidey holes after they were unable to emerge for food or water. (To combat this, some priest holes featured hidden feeding tubes).

Needless to say, constructing these hiding spots was a high-risk endeavor. One of the more active Catholics engaged in this daring enterprise was Nicholas Owen, a Jesuit priest and “master architect and builder.” For two decades, he worked on providing safe spaces for Catholics.

And the Crown exacted a hefty price for his work.

Owen was almost found out a number of times during his career and got arrested and tortured in 1594. But even when subjected to agony, Owen never gave up the location of another priest or the holes he built. When was caught a final time in 1606, he gave himself up to distract from other priests hiding in the house. He was taken to the Tower of London and tortured to death, never giving an inch.

All I can say is, there’s a reason our Founding Fathers were so keen on a firm wall of separation between church and state.

April 8, 2016
Canada Shuts Down Its Office of Religious Freedom
Next Post