There’s At Least One Christian Baker in Mississippi Who Doesn’t Like the New Pro-Bigotry Law April 8, 2016 Hemant Mehta

Given the reputation Mississippi already had for being a backwards state, the new law allowing faith-based discrimination somehow made it worse.

But Mitchell Moore, a Christian baker in the state, spoke with NPR’s Renee Montagne about how the new law isn’t for people like him. He’s ashamed at what’s being done in the name of his religion. 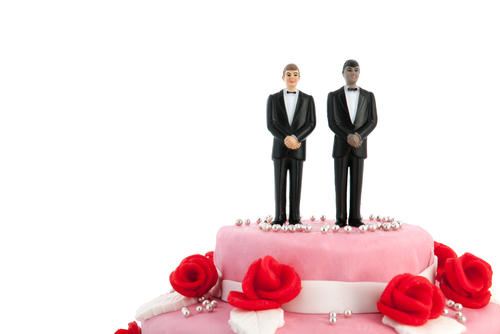 I am here to bake cakes and to sell those cakes. I’m not here to decide arbitrarily who deserves my cake and who doesn’t. That’s not what I do. That’s not my job.

A report just came out. We rank number one — our state government is the most dependent on federal money. We are the third most obese state. We rank at the bottom in unemployment, in education. We’ve got crumbling infrastructure. None of them are being tackled. Instead, we are passing, hey-let’s-discriminate bills.

There’s some irony in that last statement since Moore is a Republican. If he’s fed up with the state government, some of the blame rests with people like him who keep electing these conservatives into office.

But his comments are a great reminder that, even in Mississippi, there are good Christians who despise the bigotry advanced by Governor Phil Bryant and the Republican legislators.

If you’d like to check out Moore’s bakery, looks like they have some great items on the menu.

(via Raw Story. Image via Shutterstock. Thanks to Brian for the link)

April 8, 2016 Say Hello to "Austin Humanists at Work"
Browse Our Archives
What Are Your Thoughts?leave a comment