The U.S. Geological Survey said this week that the link between fracking and earthquakes is stronger than ever.

Fluid injection is a controversial tactic tied to hydraulic fracturing, the drilling technique known as “fracking” that has dramatically increased U.S. oil and gas production. When oil and gas is pumped out of the ground, salty water often flows out with it. This water is typically injected back under high pressure into disposal wells — a practice that the geological agency has said can induce earthquakes.

So if you’re a Colorado Republican hoping to win a seat in the U.S. Senate, what do you do?

You already know the answer because I said “Republican.” 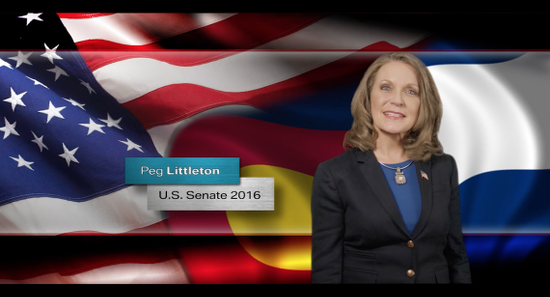 The Republican candidates for U.S. Senate took aim at the EPA and touted the benefits of fracking at a campaign forum Wednesday night in Weld County, a drilling epicenter in Colorado.

Later, she took a step further as she attacked scientific reports showing links between hydraulic fracturing, or fracking, and earthquakes, suggesting God is the reason they occur.

“There have been earthquakes long before we ever did fracking,” she said. “Let’s be honest. You know God is kind of in control of those. And not by us drilling down in the ground and doing the fracking.“

There’s the GOP position on the environment in a nutshell: God will do whatever He damn well pleases, so we don’t have to worry about it. Let’s move on to things that really matter, like regulatin’ some uteri.

Colorado leans Democrat, but it’ll be a close race either way and Republicans are hoping they can replace incumbent Democrat Sen. Michael Bennet.

(Screenshot via Vimeo. Thanks to @GrizFisher for the link)