Because the Texas State Capitol has an open forum for holiday displays, here’s what the Freedom From Religion Foundation put up to counter the Nativity scene: 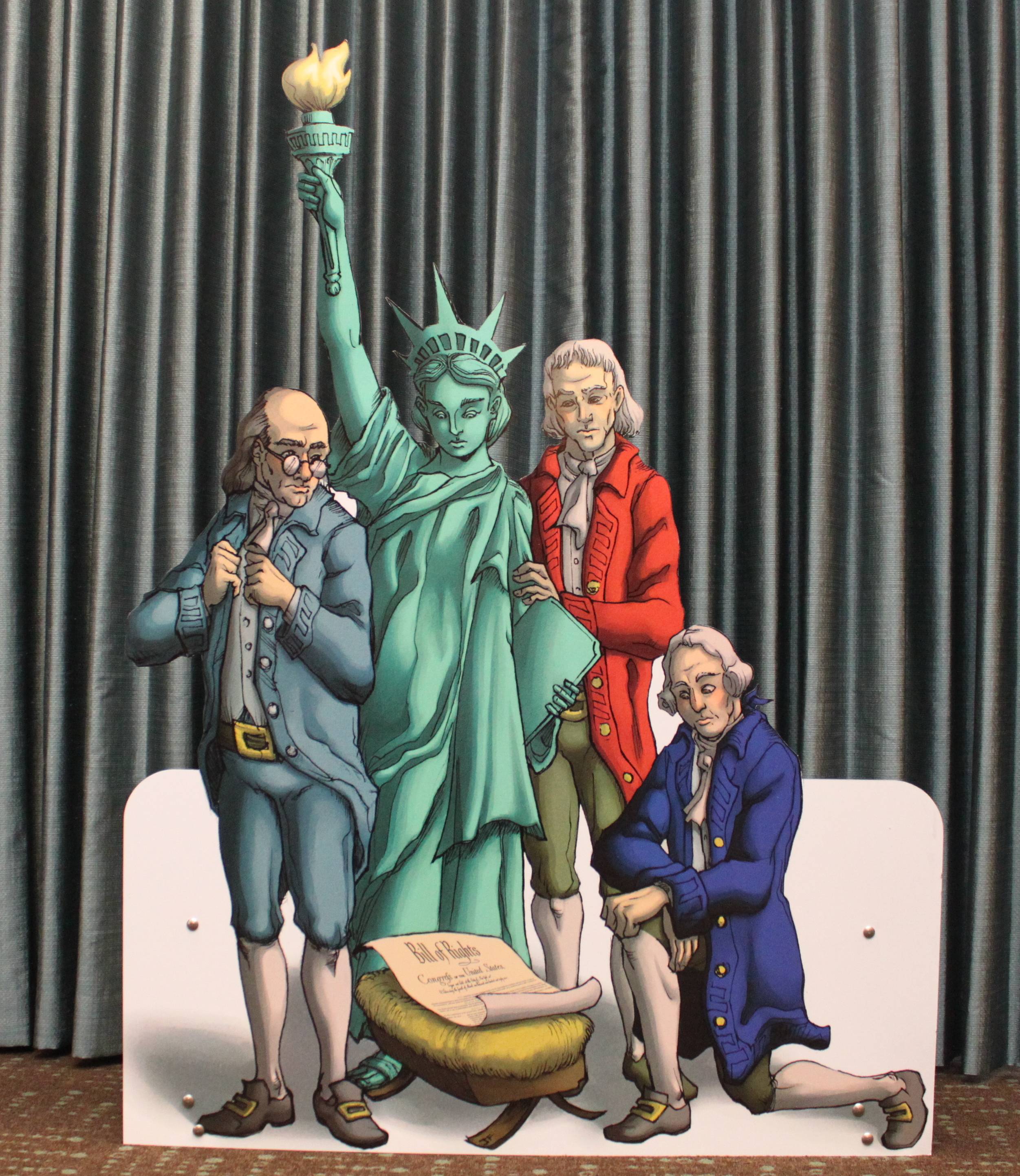 That is, until yesterday, when Governor Greg Abbott ordered the whole thing to be removed.

There’s no rule that a display has to promote morality or general welfare. Even if there was, you could make the argument that the birth of Christ — promoting a religion that says all non-believers will be tortured for eternity if they don’t accept the divinity of Jesus — is far worse than the Bill of Rights. Hell, any religion that says you have to believe in God to be good is hardly a paragon of moral virtue.

But even more to Abbott’s point: How is this display offensive? It’s the Founding Fathers, the Statue of Liberty, and a Bill of Rights.

It’s a loaded gun away from being a Republican’s wet dream.

Not only did FFRF meet the requirement to be educational — which the Nativity scene most certainly isn’t — they also had the required support from a state legislator, Rep. Donna Howard.

I guess we shouldn’t be surprised. After all, the Nativity scene honors a virgin birth. That counts as sex education in Texas.

Abbott then points out that George Washington would totally worship Jesus over the Bill of Rights, and FFRF is promoting “ignorance and falsehood” to say otherwise:

FFRF plans to appeal the decision and they’ll go to court if they have to. There’s absolutely no reason the Governor should be removing the atheists’ display while allowing the Christian one to stay up. He can’t come right out and say “I hate atheists,” so he’s throwing all sorts of other pathetic excuses at the issue hoping that something sticks.

“Ironically, the very document that our display was honoring is what protects this form of expression,” said FFRF Co-President Annie Laurie Gaylor. “Government officials cannot censor our speech because they disagree with our secular message,” added Gaylor.

“We are disappointed that Governor Abbott has let his personal opinion of FFRF and freethought be a catalyst for the censorship of our display in the Texas Capitol,” noted FFRF Staff Attorney Sam Grover. “Removing our Bill of Rights ‘nativity’ while allowing a Christian nativity to be displayed in the Capitol is discriminatory and illegal. Abbott is sending the message that nonbelievers are second-class citizens in Texas. He should be ashamed.”

Gaylor said FFRF will be pursuing legal redress. “It’s Abbott’s action that is immoral — and unconstitutional, not our display honoring the Bill of Rights.”

In the meantime, maybe the Satanic Temple can step in with a display of their own…