“Keep Saturn in Saturnalia” Sign Goes Up in Warren, Michigan

If you’re visiting Warren, Michigan this week, be sure to check out this banner that reads “Keep Saturn in Saturnalia.” 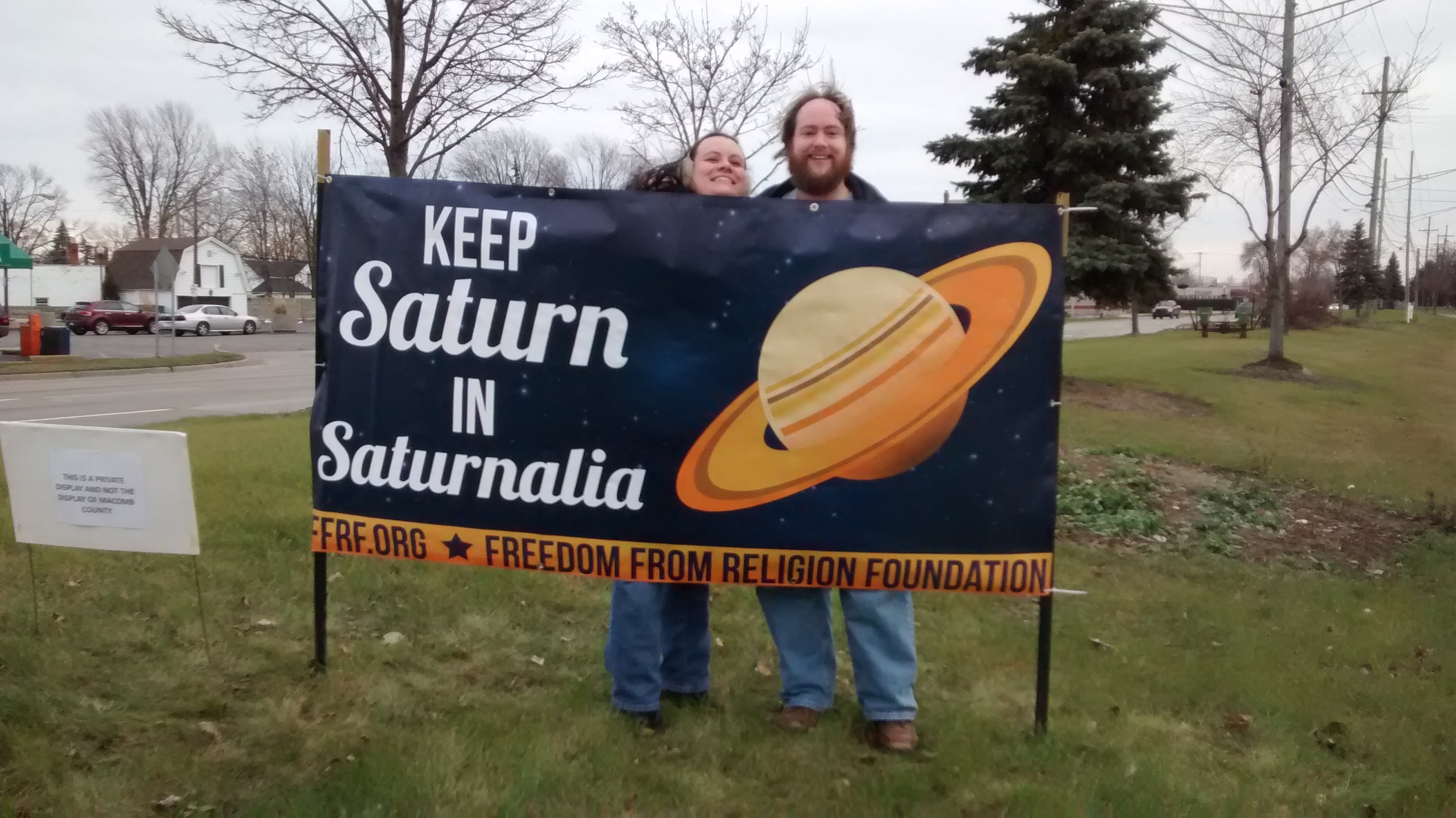 Saturnalia, held by the Roman Empire, was one of the most famous of the Winter Solstice festivities, which many Christmas traditions are based on. The slogan is meant to be a riff on “Keep Christ in Christmas,” and to remind the public of the real “reason for the season,” the Winter Solstice.

You may recall that the same message went up on a billboard in New Jersey a couple of years ago. It was mildly vandalized and set on fire (though the fire went out quickly). A year later, Clear Channel refused to run the same billboard because they didn’t want to deal with all the hassle.

December 23, 2015
This Video Explains What the "War on Christmas" is Really About
Next Post

December 23, 2015 Texas Governor Orders Atheist Display Removed from State Capitol (but the Nativity Can Stay)
Browse Our Archives
What Are Your Thoughts?leave a comment