Virginia Pastor Lies About Being a Navy SEAL, but Gets Caught Thanks to His Own Stupidity October 23, 2015 Hemant Mehta

Virginia Pastor Lies About Being a Navy SEAL, but Gets Caught Thanks to His Own Stupidity

On Wednesday, after a convocation at Jerry Falwell‘s Liberty University, an Army Infantry veteran noticed another military man in the arena and asked him a few questions on camera. After all, it’s not every day you meet someone so decorated. (Liberty is a Christian school, which I assume explains the vertical video…)

The man introduced himself as Mark Joston, a former Navy SEAL with four purple hearts and multiple other honors who also worked with the CIA’s “special operations division.” Any one of those things is an impressive credential. Several of them? Unbelievable. 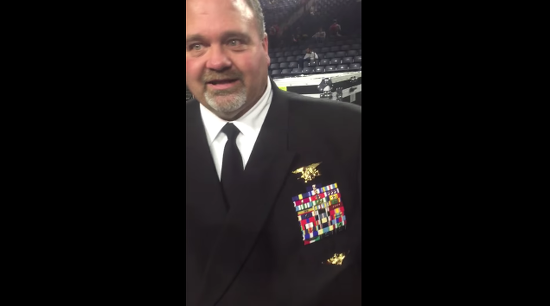 While any of his honors would deserve merit, here’s the thing about saying you’re a Navy SEAL: it’s ridiculously hard to become one. If you’re one of the elite few who earns that status, you’re part of a very small brotherhood. In recent years, Don Shipley, a former SEAL, has even made a name for himself by calling out fake SEALs on camera.

And as far as anyone can tell, Joston wasn’t a SEAL. And he probably didn’t earn those other badges either.

Michael Swaney, at PopularMilitary.com, even explained how he looked into Joston’s past in order to confirm or reject his story:

This guy made a big mistake by putting on that Navy Cross if he did not earn it because there are only a dozen or so who have earned the distinguished Navy Cross during the war on terror. There is no Mark Joston or “Josten” to be found on any list of Navy Cross recipients. However, there are three unidentified Navy SEALS who earned the Navy Cross during the global war on terrorism. So we cross referenced his name with the Navy Silver Star recipients and there is also no Mark Joston or Josten.

We reached out to Don Shipley, former Navy SEAL and owner of Extreme SEAL experience and he is currently investigating this incident.

No need to investigate much further.

Swaney’s readers pointed out that “Joston” is actually Pastor George Hunley. And Hunley has a history of lying.

Earlier this year, in fact, he told police he was robbed and shot by a black man while trying to help a family stuck on the side of a road… but his “Good Samaritan” story turned out to be bogus. He was released on a $2,500 bond for falsely summoning a cop “with intent to deceive or mislead.”

Looks like he hasn’t stopped pretending to be a good guy.

I have a suggestion for Hunley: Don’t lie… but if you do, it would at least help if you didn’t wear a name tag with your real name when you’re trying to pass yourself off as someone else. 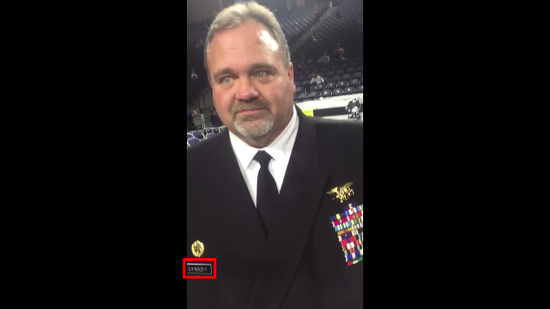 (Thanks to Cindy for the link)