What Did Atheism Look Like in Early U.S. History? April 8, 2015 Hemant Mehta

What Did Atheism Look Like in Early U.S. History?

We’re all familiar with the impact of the New Atheists, but what did non-belief look like in the early years of the United States?

Peter Manseau, the religion scholar who co-authored Killing the Buddha: A Heretic’s Bible, has written a book about our country’s spiritual history that doesn’t just focus on the usual Christian voices.

It’s called One Nation, Under Gods: A New American History. 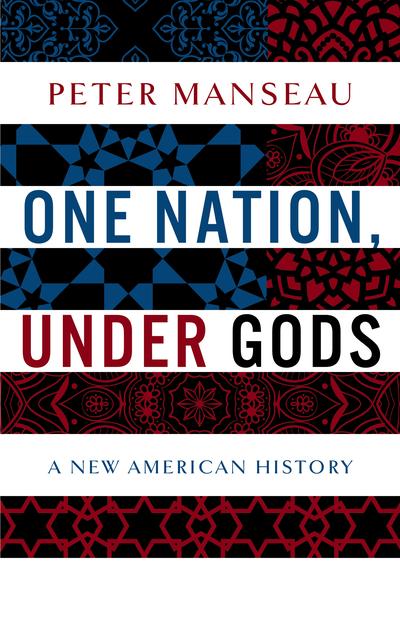 In the adapted excerpt below, Manseau talks about what atheism looked like more than two centuries ago:

Long before the “New Atheism” became a successful marketing angle that helped make bestselling authors of a motley crew of scientists and curmudgeons, public unbelief in America began as a publishing phenomenon.

The first known atheists on this side of the Atlantic were made of ink — trickster figures deployed by the press to highlight Christians’ inability to find common ground.

An unsigned writer of in the New England Courant of 1722 suggested that those without faith were not merely blind to religious truth but scornful of it, and were ready to mock the differences between believers.

“While one laughs at the other’s preaching, and the other laughs at his Preaching, the Atheist laughs at both, and there are very many that believe neither.” With the faith of “very many” hanging in the balance, the hypothetical atheist was quick to delight in the inevitable fall that would result from such divisions.

If this unbelieving troublemaker was a merely literary creation, he was a busy one.

Throughout the early eighteenth century, the republished works of the British essayist Joseph Addison introduced an atheist by the name of Tom Puzzle to the colonies. To the delight of those who agreed with him and the disdain of those who did not, Addison’s atheist was the sort of man who makes himself known by insisting he be heard on every topic in public discussion.

“Tom has read enough to make him very impertinent,” he writes. “His Knowledge is sufficient to raise Doubts, but not to clear them. It is a pity that he had so much Learning, or that he had not a great deal more.”

This atheist was a boor, but he was also to be pitied. Compassionate readers would have nodded along to the quotations from Alexander Pope, republished in Boston in the 1730s: “Atheists put on false Courage and Alacrity in the midst of their Darkness and Apprehensions, like Children, who when they go in the dark, will sing for fear.”

They should not be afforded too much sympathy, however. The atheist was a moral hazard to the community, as were all religious outliers. “I fear neither Atheist, nor Jew, Deist, nor Turk” another usage from the era noted.

A quarter century after the New England Courant introduced its atheist, a New York paper went further in its character sketch of an unbeliever, with a piece entitled “The Character of an Atheist” that catalogued the supposed deficiencies of anyone who dared to question the theological status quo:

“An atheist is an overgrown libertine; and if we believe his own genealogy, he is a by­-blow begot by hazard, and flung into the world by necessity; he moves by wheels, and had no more soul than a windmill… In fine he starts out of dust, and vanishes into nothing.”

The literature of atheism available to American colonists supported these understandings. Early in the eighteenth century, tracts imported from England warned against the menace of both actual atheists and, even more sinister because they could be found anywhere, atheistical inclinations.

Books with imposing titles like The second Spira: being a fearful example of an atheist, who had apostatized from the Christian religion, and died in despair found wide audiences. Such books were considered especially beneficial for adolescents — “Published for an Example to others, recommended to all Young Persons, to settle them in their Religion” — but their elders read them as well.

There was a titillating element to stories of those who so brazenly shrugged off faith—they offered a kind of theological escapism and promised to deliver. The author of “the second Spira” even offered a money back guarantee: “If anyone doubts the truth of any Particulars in the following relation, if they repair to Mr. Dunton at Raven in the Poultry [the book’s publisher and place of business] they will receive full satisfaction.”

Later in the same century, similar accounts of atheists and the bad ends to which they inevitably came were published on both sides of the ocean. “The atheist converted, or, The unbeliever’s eyes opened” told the tale — in several hundred rhymed lines — of a professed atheist who “would not suffer his children to go to church.”

This man an Atheist, he was bred, we find,
And so his children dear he strove to blind
Telling them that all things by nature came
The thoughts of heaven were all profaned.

The subject of these verses eventually is shamed by his daughter’s devotion and sees the error of his ways. The atheist — and his cousins the Deist, the Jew, and the Turk — was in most instances a character whose sole purpose was the enlivening of a cautionary tale.

Yet a change began to occur in the implications of atheism as the eighteenth century marched on. With Enlightenment ideas gaining ground, the possibility of applying reason to religious belief gave “atheist” a hint of the forward­-thinking intellectual. As another colonial writer proclaimed:

If I must sacrifice my Reason, my good Nature, my Love of Society, and handsome behaviour, to what they call Christianity, I’ll even continue my present Course of Life, and live and dye like a well-­bred and reasonable Atheist.

In the 1750s, a few years after the New York Weekly Journal weighed in on the pressing concern of the “character of an atheist,” the Boston Evening Post offered a different take on the question of the varieties of belief and their place in society. It was not lack of faith that was the true social ill; it was instead lack of sincere faith, whatever that faith may be. Atheism, on the other hand, was cast in a light that now seems prescient: “The Atheist is a man who doubts of the King’s Right to the Crown; and during the Doubt, refuses the Oath of Allegiance, or pays no Obedience to Supremacy.”

Over time, the more it became linked with political opposition to the religious authority established by the mother country, the more atheism itself began to be seen in not entirely negative terms.

Contrary to the always popular notion that the United States is in “moral decline” (a phrase favored in newspapers and pulpits throughout the nation’s history), American religion two and a half centuries ago in some ways looked not so different than it does now. Some were true believers, others emphatically were not. Many did not give belief enough thought to care.

This was equally true after the Revolution. As the French chronicler of the young nation Hector St. John de Crèvecoeur wrote in 1782, spiritual broadmindedness, not pious fervor, was to Europeans the trait most remarkable about this new species called Americans:

“All sects are mixed as well as all nations; thus religious indifference is imperceptibly disseminated from one end of the continent to the other; which is at present one of the strongest characteristics of the Americans. Where this will reach no one can tell, perhaps it may leave a vacuum fit to receive other systems.”

“Persecution, religious pride, the love of contradiction, are the food of what the world commonly calls religion,” he continued. “These motives have ceased here.”

Of course, this assessment of the United States at its inception would often prove less accurate of the country it would become. Yet any discussion of the religious influences on the nation’s earliest history should remember that doubt, too, has been here from the beginning.

One Nation, Under Gods is now available on Amazon and in bookstores.

April 8, 2015
Catholic School in Iowa Won't Hire Gay Teacher Because He's Engaged, but Students Are Staging a Walkout
Next Post