I Cried When I Saw a Christian Woman Destroy All of Paleontology in This Shocking Three-Minute Video February 14, 2015 Terry Firma

At least, that’s the headline you’d get if Upworthy and Ken Ham College had a love child.

Under the title “Dinosaur Hoax,” this unnamed young debunker of evolution triumphantly proves in a three-minute video that so-called dinosaur fossils are no more significant than random pieces of smashed-up plaster. You can spackle the bits back together any way you choose, she says; therefore, dinosaurs are a fabrication. Checkmate, Darwin! 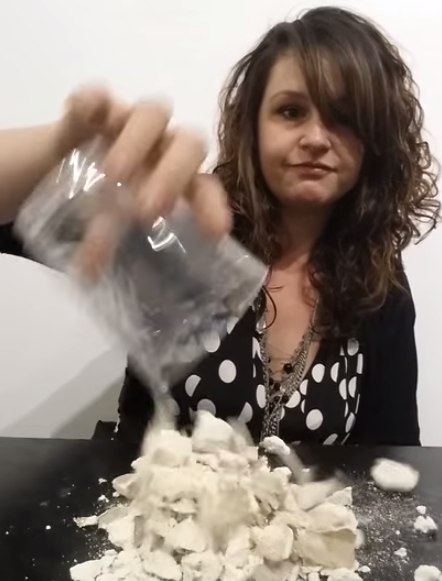 The whole thing is so comically feeble-minded that I’m not even sure if anyone should debunk the debunking. Maybe this is a Poe? Or an atheist false-flag operation intended to smear Christians as morons?

I have a few minutes, and I don’t mind, so let’s just get this over with.

One: The allegation at 1:19 is nonsense. The first known dinosaur fossil was described in the 17th century by the English naturalist Robert Plot, and he mistook it for the bone of a giant man. The word dinosaur didn’t even enter the lexicon until more than 150 years later, when Richard Owen, a biologist, coined the term (it means “terrible lizard”). The discovery of dinosaurs and other prehistoric animals is a result of fossil finds, not the other way around.

Two: Bones are frequently found in isolation; but many times, there is little or nothing to puzzle together, because prehistoric animals, dinosaurs included, have also been discovered fossilized and intact, or nearly so. Exhibit A; Exhibit B; Exhibit C; Exhibit D; Exhibit E.

Three: Bones (or their fossils) are not some crazy jigsaw equivalent of random pieces of plaster. Unlike arbitrary gypsum fragments, bones have shapes and sizes and hollows and ridges and similar properties that all indicate how they fit together into joints and other skeleton structures. This is obviously true for a mouse, a dog, and a human, including Ms. Einstein up there. Dinosaurs are no different.

February 14, 2015 The Problems with the National Prayer Breakfast
Browse Our Archives
What Are Your Thoughts?leave a comment