Lars Vilks is the Swedish artist at the center of controversy in 2007 because he drew the Islamic prophet Muhammad with a dog’s body. (This was more than a year after other Muhammad cartoons were published in Jyllands-Posten.) 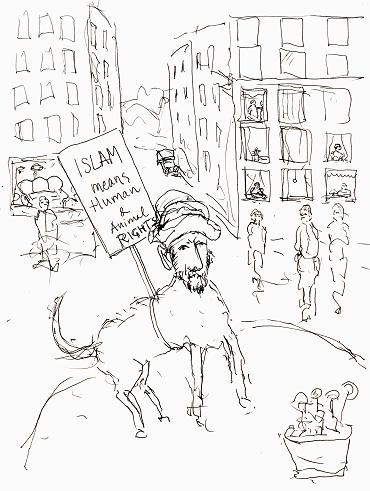 In 2010, there was still a bounty on his head and his home was fire-bombed. Despite all the threats, he somehow escaped harm.

Earlier today, during a free speech debate in Copenhagen, Vilks was under fire yet again:

Reports say up to 40 shots were fired during the attack and a manhunt has been launched.

An organiser of the event, Helle Merete Brix, said she clearly considered the incident as an attack on Mr Vilks, reported the Associated Press news agency.

Vilks was unharmed but one other person is dead, three police officers have been injured, and a manhunt is underway for the shooters.

We’ll update this story when we know more, though you can see constant updates here.

February 14, 2015
Check Out This Trailer for a Fascinating Documentary About How Evangelical Christians Deal with Sex
Next Post