According to Jehovah’s Witnesses, 1914 marks the year Jesus came into power as “God’s heavenly King.”

What… are you skeptical?

Don’t worry. Governing Body member Stephen Lett, who you saw last month when he helped launch the JW’s online television network, explains in the video below that the proof for this is irrefutable: 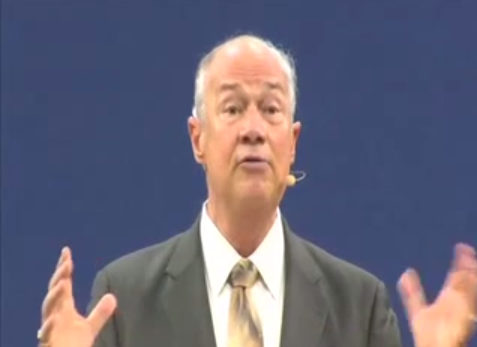 … There is more evidence confirming the existence of the Kingdom than the evidence that would convince us that there’s gravity, electricity, wind.

John Cedars, a former JW and current church watchdog, takes issue with that statement… because his bullshit detector is off the charts:

The evidence for electricity is in front of his very mouth as he utters his senile words into a microphone that converts his voice into electrical signals that can manifest themselves in speakers all over the auditorium.

The evidence for gravitational force can be found in the fact that his feet are planted firmly on the convention platform rather than spiraling into the air and ascending into the upper atmosphere together with the rest of his body, clothes and gaudy pinky ring.

And the fact that wind is similarly invisible to the human eye in no way brings its existence into any doubt, as any sailor, meteorologist or wind turbine engineer will confirm.

Plenty of proof for all of that. But nothing even close for God, Heaven, or God in Heaven, despite what Lett thinks.

At least these people don’t vote…

November 4, 2014
Daniel Moran, Atheist Running for a Seat in the Texas House, Has Lost His Race
Next Post