Remember how comedian Ricky Gervais submitted a picture of himself, dressed as a clown with a gun in his mouth, for the cover of Rolling Stone? They rejected it because it was “too offensive” and Gervais said he didn’t even bother to submit his second choice: himself, shirtless, holding a mic stand as if he were nailed to a crucifix.

Rolling Stone may have said no, but New Humanist magazine said yes! The UK publication will be using that second image for its September/October issue: 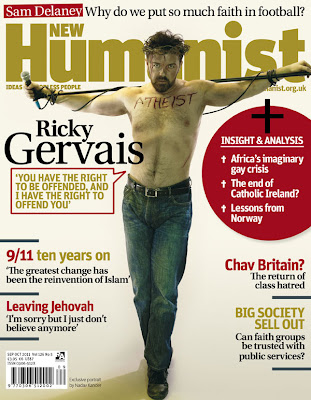 The issue goes on sale August 25th. You can subscribe here. 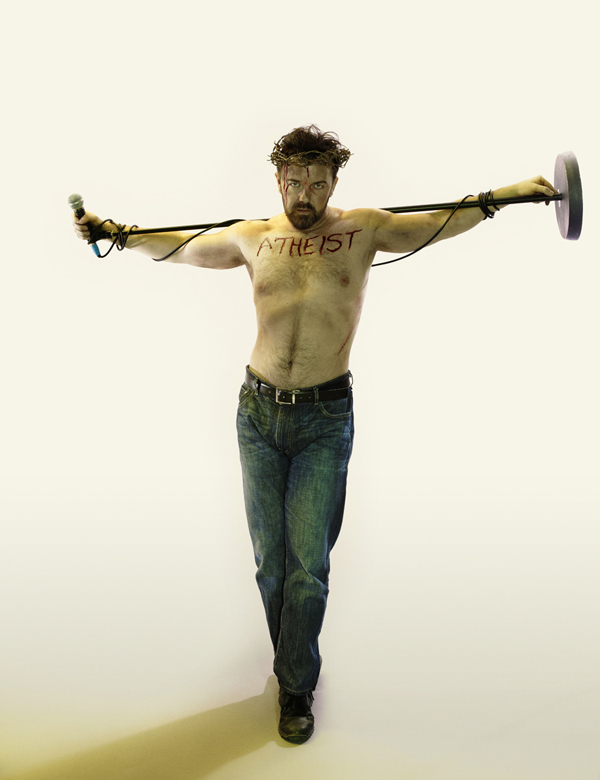 August 21, 2011 I Need to Start Taking More Long Car Rides...
Browse Our Archives
What Are Your Thoughts?leave a comment