CA Sec. of State Candidate: I Dreamed of Murder So God Killed My Witch-Neighbor

Rachel Hamm, a candidate to become California’s next Secretary of State, said last month that God wanted her to run for office — as if that’s a good reason to do it — and that her son sees dead people. I guess her résumé hasn’t improved at all because she still seems to think her path to victory involves sounding like a lunatic rather than talking about the position she’s applying for.

In a recent campaign speech at Fresno City College and sponsored by the right-wing group Turning Point USA, Hamm discussed a recent dream that included a robber, prayer, and a dead neighbor witch lady.

Rachel Hamm, a GOP candidate for secretary of state in California, claims that she had a dream that someone was going to break into her house and murder her. She brags that she prayed it away and instead her neighbor, who was a witch, was murdered. pic.twitter.com/Q6mB3xmLmD

We were staying in a hotel, and my parents were staying here with our children. And I am a prophetic dreamer. That means I see things in my dreams before they happen. God speaks to me through my dreams; He shows me things. So I wake up in an Irvine hotel, and I have just had a dream that someone has tried to break into my home, murder me, and light my house on fire.

Okay? So I wake up. I’m like, my heart’s beating, I’m sweating. So I wake up and I pray. And I use my authority in Jesus’ name to say, “No, no one is going to break into my home, or murder me, or light my house on fire, or harm me in any way”…

… I go back to sleep. I wake up in the morning and I call home, and my mom says… “You are not gonna believe what happened last night. You know the witches? The self-proclaimed witches who live two doors down? Well, someone broke into their house, murdered her, and lit the house on fire!”

There’s something you should know: That part of using your authority in Jesus’ name is when I was praying against what I saw in my dream, I said, “If anyone has sent that to me — if someone has intended to break into my house, and kill me, and light my house on fire — then I not only will not receive that, but I’m sending it right back to them in Jesus’ name.”

Okay, well, I didn’t even know how much authority I had in that situation until I called my mom and found out that the very thing that I had just dreamed — that someone was trying to do to me — had happened to them.

Totally sane person right there, insisting that her dreams predicted the future and that she helped murder her witch neighbor.

The Daily Beast asked her for some evidence of her story… and — surprise! — it didn’t go anywhere.

In an email to The Daily Beast, Hamm said she didn’t have time to find evidence of the witch’s murder.

“I can let you know that it was only one witch that was murdered,” she wrote in an email.

Are we supposed to be happy about that…?

Anyway, I have no idea what any of this has to do with making sure elections are run properly and fairly. She’s just another Christian zealot with delusions of grandeur — atop her other delusions — who thinks being an elected official is the best way to spread the gospel… or at least spread the right-wing conspiracies that now make up her religious faith.

(via Right Wing Watch. Portions of the article were published earlier) 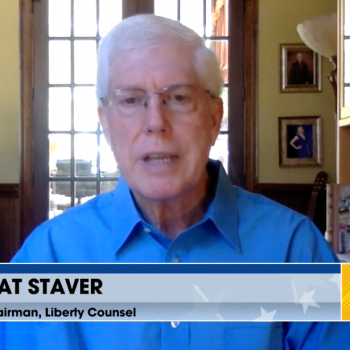 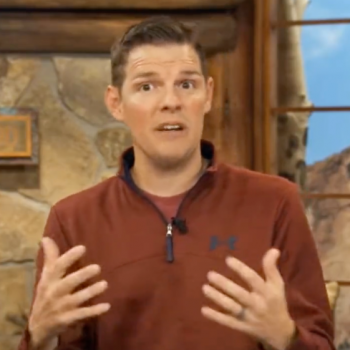 October 23, 2021 Tim Barton: A New Dad Just Needs a "Couple Days" Off After Mom Gives Birth
Browse Our Archives
What Are Your Thoughts?leave a comment