Woman Calls Out Pastor During Church Service for Trying to “Cancel” Her Husband August 29, 2021 Hemant Mehta

This morning, during the first of two morning services at Grace Chapel in Franklin, Tennessee, a former church leader named Sarah Berger began speaking about how the church’s current leadership pushed her husband out of his role after referring to him as a “Christian extremist.”

Her accusations were so pointed that the church cut off the livestream, deleted the entire service from their social media accounts, and canceled the second service altogether.

Thankfully, Twitter user @Saint__Dymphna captured the video of the full sermon before it was removed. Here’s the last thing everyone saw before the service faded to black:

There may have been a “physical altercation” right after that… but alas, the cameras were off.

Putting that aside, though, the backstory of what led to this moment is just insane. Let’s try to work through it together…

Steve Berger had been the pastor at Grace Chapel for more than 25 years until earlier this year when, shortly after making news for being at the Capitol on the day of the insurrection and later falsely blaming the riot on “Antifa,” he announced he was stepping down as pastor as part of a pre-planned retirement. (The fact that TN Gov. Bill Lee attended this church gave it a lot of attention in the media; Berger was never charged with any crimes in connection with the insurrection.)

Sarah Berger, who had been the Women’s Ministry Director at the church, also stepped down with him.

After that became public, a man named Rob Rogers took over as lead pastor. Another church leader, Mark Bright, stayed on in his role as Executive Pastor.

A couple of weeks ago, there was a lot of internal turmoil at the church and both Rogers and Bright resigned for reasons I can’t quite wrap my mind around. (One post says they were forced out for being disobedient to Steve Berger… even though he stepped down earlier this year.) Whatever the case, Rogers’ resignation didn’t last long and, at the urging of the church’s elders, he quickly returned to his role as lead pastor.

This morning, Rogers began his sermon by saying there was indeed tension between him and Berger over the transition of leadership in the church — but he added that they were reconciling. After various church members interrupted his sermon to denounce anyone trying to divide their church, Sarah Berger asked for the microphone… and there was no issue giving it to her. After all, she had been a leader at Grace Chapel for many years. If there was a voice of authority at this place, it was her.

At first, she echoed the sentiments of everyone else: Reconciliation was essential and transition was hard… but that’s when she called out Rogers for not repenting for his role in trying to “cancel” her husband.

That’s what the video shows. That’s when the church cut off the feed. That’s when everything went haywire. What a mess.

And I haven’t even gotten into the other big piece of drama happening at Grace Chapel. Because it’s only loosely connected to this morning’s events, I’m just going to touch on it here just in case I want to refer to it later.

In short, an 18-year-old named Grant Solomon died in 2020 in what appeared to be a freak accident; his own car had allegedly rolled over him while he was trying to get items from the bed of the truck. His father Aaron Solomon, the only other person there, said he saw this happen. Just a terrible, terrible story.

But according to Grant’s 14-year-old sister Gracie and their mother Angelia, the dad’s story of what happened didn’t make a lot of sense. For example, Grant never kept his baseball gear in the back of the truck, he never texted his girlfriend to let her know he had arrived at practice (which was something he typically did), and his injuries didn’t match up with the story of the truck rolling over him and dragging his body backwards. (A blogger, Shannon Ashley, went into detail about this family’s story in this Medium post.)

In May of this year, a video appeared on a YouTube channel called “Freedom for Gracie” in which Gracie spoke about her dead brother and how she had been repeatedly sexually abused by her father — including raping her in a hotel when she was just 11. The parents were divorced and a court had given full custody to Aaron. Gracie said her father was physically abusive, though, and that Grant was planning on testifying against him in court as soon as he was an adult so that custody could shift to their mother.

Why did Grant die just after he turned 18? Gracie believed her father killed her brother to prevent him from going public. She worried their father would soon try to kill her as well. That’s why she was telling her story.

What does Gracie’s story have to do with the church?

She said her brother had told then-pastor Steve Berger about their father’s abuse in an effort to get him to help put a stop to it… but Berger refused to help. (Berger had once preached a sermon defending Brett Kavanaugh after allegations of abuse came out against him. In the now-deleted sermon, Berger said abuse allegations could only be taken seriously if there were multiple witnesses.)

When Gracie’s story came out, Grace Chapel went into damage control mode. They released a three-page statement denying any wrongdoing in the situation. Yes, they admitted, a staffer was told about the abuse allegations in April of 2018, but those allegations were relayed to the local Sheriff’s office and that was the end of the church’s involvement. Was Aaron Solomon a member of their church? No, they said. He may have attended the church for years, but he never finished the process of becoming an official member — a distinction without a difference to many outsiders.

It was Pastor Rob Rogers who issued that statement and called the allegations against the church “blatantly and demonstrably false.”

Anyway, I know this is confusing. There are so many tangled webs. But it’s also the story of a church dealing with right-wing insanity, a botched transition of power, a dead body, and the wife of a former pastor who used a Sunday morning service to air her grievances.

How you treat people matters.

Forget Jesus. Someone call HBO and turn this shit into a series. 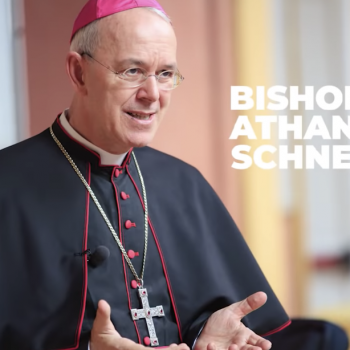 August 29, 2021
Catholic Bishop: Vaccines Mandates Could Lead to the "Time of the Apocalypse"
Next Post 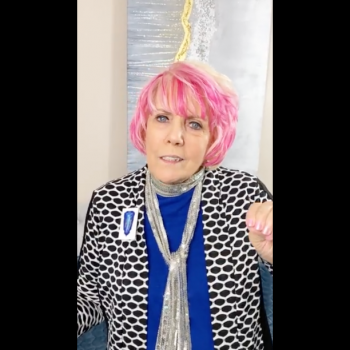 August 30, 2021 Christian “Prophetess” Tries (and Fails) to Take "Authority” Over Hurricane Ida
Browse Our Archives
What Are Your Thoughts?leave a comment