A woman from Portland, Oregon is suing her former pastor Jimmy Ellis Wicks Jr. and Adsideo Church, claiming they forced her to work for them without pay and sexually harassed her along the way.

Everything she describes in the lawsuit makes the place sound like a cult that controlled her every move.

The woman’s brother tried to rescue his sister from the Adsideo Church, but she contends in the suit that she couldn’t leave the church home or businesses without an escort and was prevented from accessing her phone, electronics or other personal belongings.

She said most of her pay was taken by the church for what its leaders said was to cover her room and board, and “mandatory church tithing,” the suit says.

He then started summoning her at all hours of the day and night to meet with him and forced her to have sex with him from January through April 30 of this year, according to the suit.

While these are currently just allegations, it seems the woman wasn’t alone. A number of women at the church reported similar actions by Wicks to the local police. In one report, the woman who filed the lawsuit said she was afraid to leave the church because she could have been left homeless and “no man would want her.” That’s the sort of brainwashing that appears to have occurred at this place: They injected themselves into this woman’s life, then made themselves indispensable to her. They made her think she couldn’t live without them and she had to obey.

Another woman who filed a police report (but didn’t file a lawsuit) said Wicks crossed sexual boundaries when counseling her after a divorce. She, too, didn’t say anything publicly because she didn’t want to be kicked out of the cult. Another woman is also cited by The Oregonian as having told police that Wicks fondled her.

Given all those details, it’s really incredible that she found a way to break free and gather the courage to file a lawsuit against this church and the pastor (and another co-pastor). She only did that after police didn’t take action against the pastor and church. A church member told the newspaper that Wicks no longer works with them.

(Thanks to @books4maphead for the link) 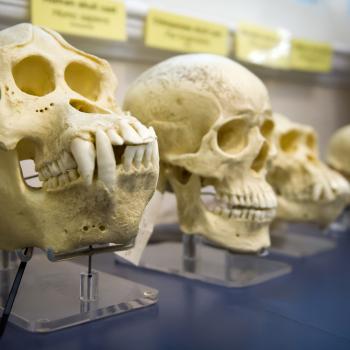 August 23, 2021
Research Shows a Rise in the Public Acceptance of Evolution Over the Last Decade
Next Post