Research Shows a Rise in the Public Acceptance of Evolution Over the Last Decade August 23, 2021 Hemant Mehta

If you’re looking for the United States, we’re the ones waaaaaaay near the bottom of that list, with a paltry 40% of people who accept that evolution is true. The only country lower than us when it came to science literacy was Turkey.

That’s a very low rate of acceptance of reality. But… yay for being a majority?

We can now add one more useful piece of data to this collection. According to a new paper published in the journal Public Understanding of Science, researchers looked at national surveys collected over the past 35 years to see what the acceptance of evolution looked like over that time. What they found was that the acceptance of evolution “increased substantially in the last decade.”

The surveys they used asked the same question over that entire period of time: Do you agree or disagree with the following statement? “Human beings, as we know them today, developed from earlier species of animals.” (They didn’t ask about God’s role.) They found that, over the past decade, the percentage of Americans who agreed with that sentence rose from 40% to 54%. 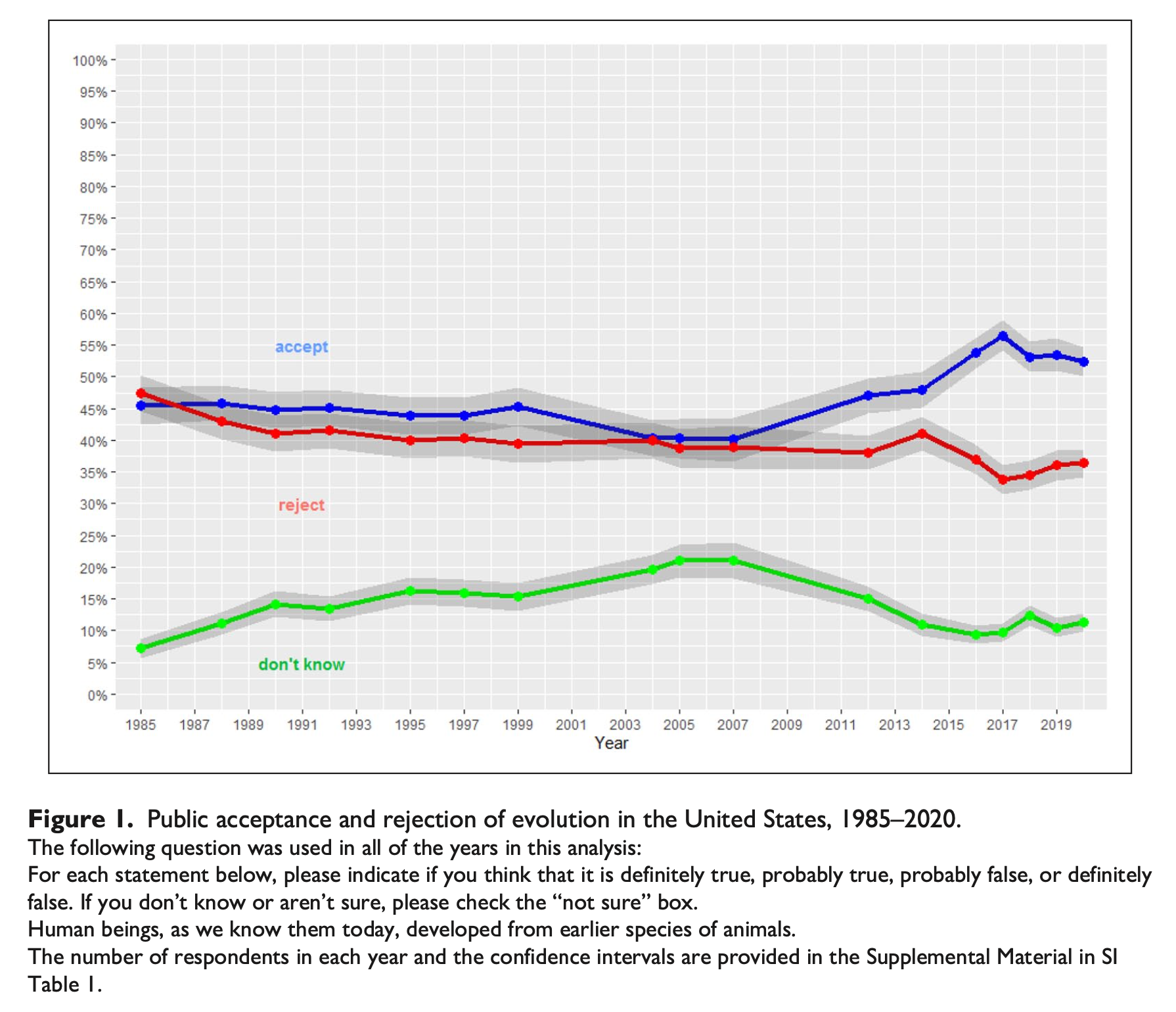 “From 1985 to 2010, there was a statistical dead heat between acceptance and rejection of evolution,” said lead researcher Jon D. Miller of the Institute for Social Research at the University of Michigan. “But acceptance then surged, becoming the majority position in 2016.”

Examining data over 35 years, the study consistently identified aspects of education — civic science literacy, taking college courses in science and having a college degree — as the strongest factors leading to the acceptance of evolution.

“Almost twice as many Americans held a college degree in 2018 as in 1988,” said co-author Mark Ackerman, a researcher at Michigan Engineering, the U-M School of Information and Michigan Medicine. “It’s hard to earn a college degree without acquiring at least a little respect for the success of science.”

Finally, another family demographic of interest is the number of minor children in the respondent’s home. Although we often think of adults as transmitting science information to their children, research in recent decades has shown that many parents learn new science information through helping their children with homework, assisting with science fair projects, and answering questions that occur during science museum visits or the viewing of science-related events on television

Religious fundamentalism is obviously an obstacle for many Americans when it comes to evolution, and so is political partisanship. But overall, the trends are in the right direction. The researchers make it clear they don’t think science deniers are finally flipping sides; rather they believe the “unsure” crowd is accepting reality.

As more Americans get advanced degrees (which they are), they’re getting a basic dose of science education, which is good news. As more Americans move away from organized religion, they’re escaping the kind of anti-science rhetoric heard in so many churches around the country, which is good news. I would also add that as we find more venues for science communicators (YouTube, TikTok, whatever), as much as we know miscommunication thrives, there are also ways for good information to spread to the masses.

So we’re a nation that has a long way to go when it comes to evolution. But if the recent trends are any indication, it’s moving in the right direction. 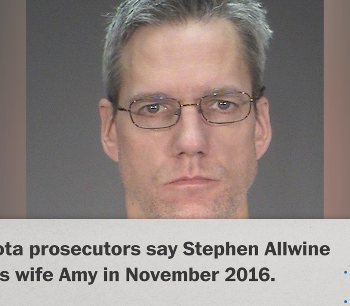 August 22, 2021
Court Affirms Sentence of Man Who Killed Wife Because His Faith Discouraged Divorce
Next Post 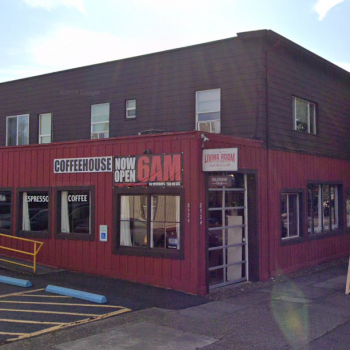 August 23, 2021 Woman Sues Oregon Church and Its Ex-Pastor for Sexual Abuse and Forced Labor
Browse Our Archives
What Are Your Thoughts?leave a comment