Christian “Prophet”: Jesus Rode on My Motorcycle and I Have a Painting of It August 4, 2021 Hemant Mehta

Christian “Prophet”: Jesus Rode on My Motorcycle and I Have a Painting of It

The last time we heard from self-described Christian “prophet” Manuel Johnson of Mega Praise Ministries, he was telling the always-gullible Steve Shultz of Elijah List Ministries that he was the lawyer for Michael Jackson — in Heaven — and that the late disgraced “King of Pop” was singing and dancing for God.

It’s been far too long since we’ve heard from him, which can only mean one thing: We’re missing out on some insane story.

Thankfully, Johnson was back on Shultz’s show yesterday, and shared a truly incredible story about driving Jesus on his motorcycle:

Then Jesus rode on the back with him.

Then a stranger painted them riding together.

You *have* to see the painting. pic.twitter.com/qxgwUvHYHB

And when the Lord directed me to the bike, there was a BMW. He was there for the whole process of purchasing it. And when He rode on that bike, that was — I thought the mountain experience was great, and then when He rode on the bike… with me, oh my god, that was a greater opportunity… than my visitations to Heaven!

We’re gonna set aside the visits to Heaven (?!) to mention that this story sounds exactly like a greedy televangelist explaining how God led him to a multi-million dollar private jet and flew as the co-pilot. Bringing Jesus into the story means you can purchase any expensive vehicle your heart desires!

But Johnson, like all good grifters, backed up his story with some evidence. A stranger in Florida said he had a painting for him — a painting of Jesus on the back of his bike. And even though this artist supposedly had no idea what Johnson’s jacket looked like, or what kind of motorcycle it was, he got those details — and Jesus — all exactly right. 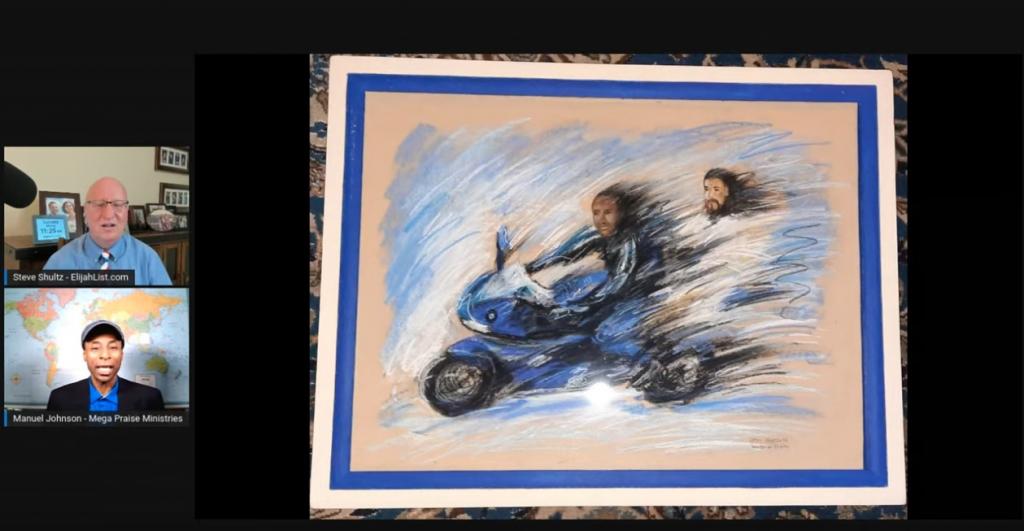 Uncanny. What are the odds someone would depict Jesus like the stereotypical image of Jesus?! Amazing. Like a photo, really. Very realistic.

So there you have it. Stop saying Jesus is taking the wheel when we can all see He’s really a passenger. On the back of a sporty motorcycle. Wearing a robe. Checkmate, atheists. 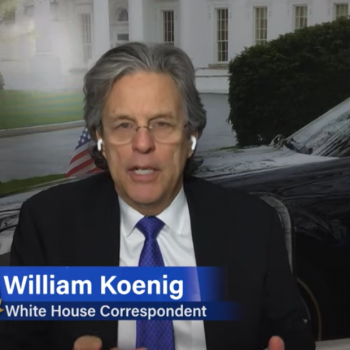 August 4, 2021
Christian Author: God Sent COVID to Punish Us for Promoting "the LGBT Agenda"
Next Post