“Prophet”: I’m Michael Jackson’s Heavenly Lawyer and “He Dances… for the Lord”

During an interview yesterday, self-described Christian “prophet” Manuel Johnson of Mega Praise Ministries told the always-gullible Steve Shultz of Elijah List Ministries that he is the lawyer for Michael Jackson — in Heaven — and that the late disgraced “King of Pop” is currently singing and dancing for God.

I’m not sure which part of that makes the least sense.

Like I said, God has given me an assignment as an attorney. And as He took me [to Heaven], He says, “Take your position.” And there was an office in Heaven with my name on it, as an attorney, to intercede for very well-known people… on the Earth before they died, because something was going to happen and they were going to be weighed out in the balance. And I needed to intercede…

I’m gonna tell you something: Michael Jackson went to Heaven. Before he died, God had visited him. [Shultz: “Really?”] There were prayers that went up for him. There were prayers that went up for him, that people would intercede. And Michael Jackson accepted the Lord Jesus as his savior… The enemy wanted him. Oh boy, the enemy wanted him. And the enemy had set up witches to try to take him… And then these warlocks and witches made these crazy YouTubes that he was in hell.

This is not true, saints. This is false. Michael Jackson is in Heaven and know what he does? He dances and he sings for the Lord… I had a small trance — God put me in a trance — and I had a chance to see Michael last year during the time of the… epidemic and sickness… And God allowed Michael to dance. He says, “Tell the people on Earth” — this is Michael — “… tell the people on Earth to dance before the Lord to start to celebrate. Good things are coming to celebrate. Good things are coming.”

And he’s dancing and he’s singing. He’s a songwriter in heaven. Glory to God.

Leave it to God to just ignore Jackson’s alleged sexual abuse victims so he could see a show. And leave it to God to give a living being front row seats. Totally believable. Every bit of it.

By the way, according to Johnson’s own biography, he has no training as a lawyer. He’s just practicing law without a license in the afterlife. But he does have a “Doctorate Degree in Theology from Everlasting CHIPS Ministry and an honorary doctorate degree from Next Dimension University.” That first place doesn’t even really exist — check out the application. And it’s downright hilarious for him to claim he only has an “honorary” doctorate from a school whose actual doctorates wouldn’t count even if they existed. 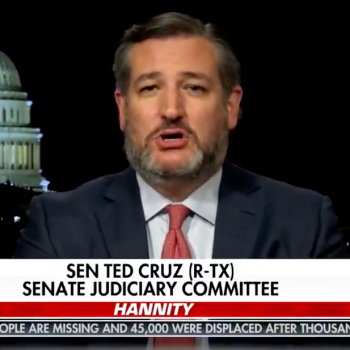 March 24, 2021
Cruz: The Left Rejects Post-Massacre Thoughts and Prayers Because They Hate God
Next Post 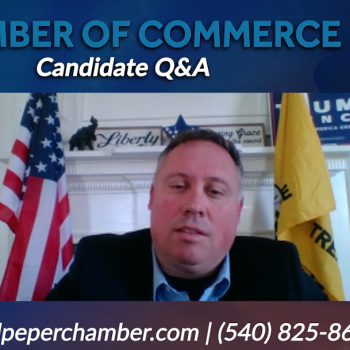