Kansas State Rep. Mark Samsel, a conservative Christian Republican who boasts about his “favorite Bible verse” in his campaign bio, was arrested Thursday on charges of misdemeanor battery after assaulting a student in a classroom.

A lot of state lawmakers have other jobs since the legislature doesn’t pay much, and Samsel worked as a substitute teacher. He was at a high school in Wellsville Wednesday when, for some reason, he began preaching Christianity, denouncing LGBTQ people, and kneeing a kid in the groin. Kids took video of his remarks and those eventually made their way to the Kansas City Star:

In one video shared with The Star, Samsel tells students about “a sophomore who’s tried killing himself three times,” adding that it was because “he has two parents and they’re both females.”

In a different clip, he tells the student to go to the office.

“You were not following — not my rules — God’s rules right now,” he tells the student. “You better take a Bible.”

At one point, Samsel tells the student, “You’re about ready to anger me and get the wrath of God. Do you believe me when I tell you that God has been speaking to me?” He then pushes him, and the student runs to the other side of the classroom.

“You should run and scream.”

In another video, he tells students, “Class, you have permission to kick him in the balls.”

No students did that. But Samsel allegedly kneed him; there’s video of the aftermath, with the student on the ground in pain.

The district said it’s investigating the matter but added that Samsel will be banned from working at any of their schools.

Have I mentioned that this guy is a Christian lawmaker?

Samsel was eventually arrested and released on bail. And then, stupidly, he commented on the matter:

In a Snapchat post shared with The Star, Samsel wrote that “it was all planned.”

“Every little bit of it. That’s right. The kids and I planned ALL this to SEND A MESSAGE about art, mental health, teenage suicide, how we treat our educators and one another. To who? Parents. And grandparents. And all of Wellsville,” he posted.

He wrote that he gave one particular student “hope.”

Uh-huh… sure. All planned. The attack on lesbian parents, the sex “jokes,” the proselytizing… If this was planned, it’s even more damning. If it wasn’t, then this guy has no business being anywhere near a public school, much less in a position to pass laws that govern those schools.

As you might expect, his voting record doesn’t make him look any better. There’s a law in Kansas that exempts spouses from laws governing sexual battery… even though abuse can obviously occur within marriage. Earlier this year, Samsel opposed a bill to overturn that.

He also talks like a petulant child even to his right-wing base:

But because this is Kansas and he represents a red district in a red state, Samsel won re-election last year by a landslide. (Are you thinking about running for office? You should. This guy won his race. You’re smarter than him. Go run for something.)

Unless he’s removed from power, which is up in the air given that Republicans rarely punish other Republicans, you can expect him to keep acting like this in the name of Jesus. As far as we know, he’s still working with kids as a basketball and soccer referee for the Kansas State High School Activities Association (KSHSAA). The organization did not respond to an immediate request for comment about whether he’ll still be allowed to work for them.

Samsel is also a member of the Wellsville Family Church, which hasn’t said anything about one of its most prominent members. 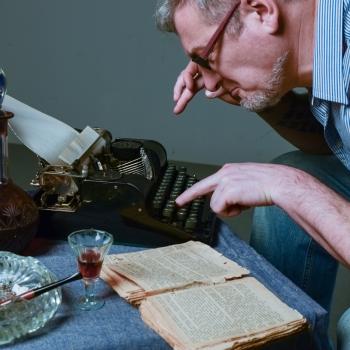 May 1, 2021 This Christian "Prophet" Said the Military Would Return Trump to Power by April
Browse Our Archives
What Are Your Thoughts?leave a comment