This Christian “Prophet” Said the Military Would Return Trump to Power by April May 1, 2021 Hemant Mehta

Here’s the thing about making a prediction about the future: You never go full Harold Camping and give a specific date. Especially when you’re a so-called “prophet” who claims to have a direct line to God.

In February, Jeff Jansen of Global Fire Ministries International said that Donald Trump was still president and would return to the White House by this summer… but the following month, he made the mistake of getting even more specific. He said the military would help restore Trump to power by the end of April.

“You have to realize that what’s taken place in our nation has been a hostile takeover,” Jansen said. “And just because there was a fake inauguration, and that’s exactly what it was, a fake inauguration for optics and for posture, let them have their day in the sun. … President Trump has never conceded, he never agreed to anything, he never stepped away, never conceded. He basically stepped aside momentarily while things are being sorted out.”

“He stepped aside, he never conceded, and the last defense is [the] military,” Jansen continued. “Actually, the military is in control right now and they’ve already made their determination. Now it’s about execution. Now it’s about returning civil power after … the rightly, duly elected president from this past election comes forward and they expose the corruption, there will be civil power restored to the United States and that president will be Donald J. Trump.”

“Watch what the Lord does,” Jansen declared. “I would be surprised if things don’t happen by the end of April.”

Well, today is May 1. Trump is not in the White House. Joe Biden just delivered an address to Congress this week because that’s what presidents do.

And Jansen hasn’t said a word about his failed prophecy. (He didn’t respond to a request for comment either.)

He’ll inevitably find a way to move the goalposts again — if he chooses to address his failure at all. But his followers deserve to know they’re being lied to. Will any of them care?

May 1, 2021
Christian Lawmaker in KS Arrested for Attacking Child While Substitute Teaching
Next Post 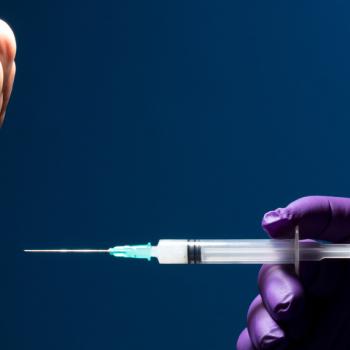