With all the niche dating websites out there, it’s not surprising to find one just for certain types of Christians. Not the types who’d ever use Christian Mingle, mind you. Not those heathens. Instead, let me introduce you to Dominion Dating: a site for Christian men who are fed up with feminists.

If the name alone isn’t enough of a red flag, the membership agreement should do the trick. Here’s what you’re signing up for if you become a member:

We affirm male headship as normative in the spheres of family, church, civil governance, and society-at-large, believing that God has endowed men with real, limited authority to govern well for the good of mankind and the glory of God.

There are plenty of Bible scholars who would argue that patriarchy is a result of Original Sin and therefore not part of God’s original plan for mankind. That doesn’t seem to matter here.

We affirm God’s normative plan for women to exercise dominion in the home as homemaker and helpmate, in glad submission to a husband. We recognize the necessity, at times, for women to seek employment outside the home, but reject “careerism” as normative for women.

There is no biblical mandate for this, either. The infamous “Proverbs 31 woman” that is revered in complementarian circles was herself a business woman. There are female deacons mentioned in the New Testament. Plenty of women “worked” in the Bible without censure and were even celebrated for it. But these people see women who have lives outside the kitchen as threats to their superiority.

We affirm what God’s Word & our own bodies (sex drive) tell us; that marriage should not be unduly postponed for modern pursuits such as educational attainment or “life experience.” We view dating as an intentional path towards marriage, and reject the cultural idea of “casual dating.”

Jesus never said “Skip college and put a ring on it.” Marriage is never a “one size fits all” prescription, even if you’re clamoring for it. Couples who see marriage in their future may want to wait for a number of reasons and people who never saw themselves getting married could tie the knot in a heartbeat given the situation. But to reject dating as a way to learn about other people and yourself — and to shove aside everything else in that pursuit — is to put the act of marriage before the person you’re marrying. (You could even argue that’s a form of idolatry.) Even in the Bible, revered saints like the Apostle Paul (credited with writing most of the New Testament) didn’t feel called to marriage.

It’s never good when people are encouraged to get married immediately rather than taking time to make sure their potential spouse is, in fact, the right match.

And if all that isn’t bad enough, just check out this promotional video:

That ad denounces other sites for promoting feminists and soy boys. So if Joshua Feuerstein is your idea of a perfect husband, then get ready to meet a bunch of clones.

The site is scheduled to launch August 1. They’re currently selling month-long memberships to raise money. Why a month only? Because surely no one would ever need to be on their dating site longer than that. 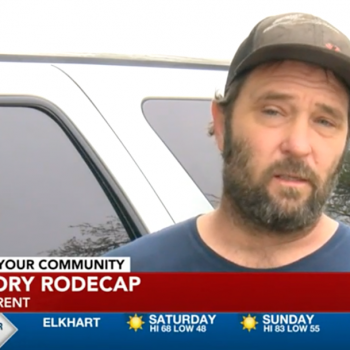 April 29, 2021 A TX Church Taught (Actual) Sex Education and Some Parents Can't Handle It
Browse Our Archives
What Are Your Thoughts?leave a comment