In an upsetting and discouraging reversal, an appeals court in Ohio has ruled that an evangelical Christian professor has standing to sue the university that disciplined him for deliberately misgendering a student.

The ruling concerns Professor Nicholas Meriwether, who fell afoul of the LGBTQ inclusion policies at Shawnee State University after a student — referred to in court documents as Jane Doe — asked him to use the correct pronouns for her and stop referring to her with masculine titles like “Sir” and “Mr.” 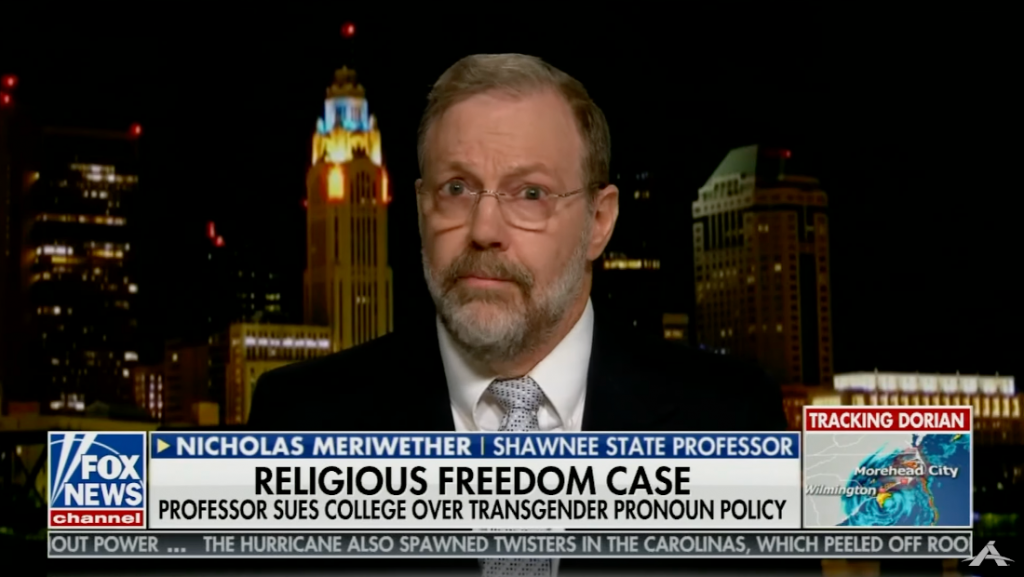 Meriwether insists that his religion prohibits him from addressing Doe correctly because “God created human beings as either male or female, that this sex is fixed in each person from the moment of conception, and that it cannot be changed.” The university suggested alternatives like avoiding gendered titles for all students, but Meriwether refused. Then, when the university disciplined him in accordance with their stated inclusion policy, he filed suit.

Initially, the federal court dismissed the case, saying that Meriwether’s actions had “no admitted academic purpose or justification” beyond cruelty for cruelty’s sake. But last week, a three-judge panel from the 6th Circuit U.S. Court of Appeals overturned that opinion, declaring that the university violated Meriwether’s First Amendment rights, consequently clearing the way for his lawsuit to move forward.

In this more recent opinion, Circuit Judge Amul Thapar leaned heavily on the idea of intellectual freedom as a justification for disrespecting Doe’s identity:

Traditionally, American universities have been beacons of intellectual diversity and academic freedom. They have prided themselves on being forums where controversial ideas are discussed and debated. And they have tried not to stifle debate by picking sides. But Shawnee State chose a different route: it punished a professor for his speech on a hotly contested issue.

It’s a bold decision to appeal to discussion and debate as if Meriwether was advancing an intellectual argument rather than simply name-calling at somebody who’s different from him. But who needs solid logic when there’s moral panic available?

Accordingly, Thapar went so far as to liken using correct pronouns and titles for trans students to denying the existence of God:

If professors lacked free-speech protections when teaching, a university would wield alarming power to compel ideological conformity. A university president could require a pacifist to declare that war is just, a civil rights icon to condemn the Freedom Riders, a believer to deny the existence of God, or a Soviet émigré to address his students as ‘comrades.’

The whole argument rests on the idea that trans people’s identities are a matter for public debate, and that singling out an individual student is an appropriate way to discuss ideas about gender in the classroom. It’s a paltry, bad-faith justification for behavior Meriwether would likely find appalling if he were on the receiving end.

Thapar was one of two judges on the panel who was appointed to his seat by Donald Trump. The other was Judge Joan Larsen, with George W. Bush appointee David McKeague rounding out the trio. Pink News reporter Lily Wakefield noted that these latter two both have long histories with anti-LGBTQ rulings. As for Thapar, there may not be any smoking gun in his case history, but it seems telling that throughout the entire 32-page decision, Thapar avoided using pronouns for Doe altogether.

What we have here is a trio of anti-LGBTQ judges deciding that singling out trans students for mistreatment is a valid pedagogical tactic… or, arguably worse, that the university doesn’t get to decide whether it’s an acceptable teaching tactic because Meriwether’s right to hurt people for his religion is more important than whether he’s actually doing his job.

(Screenshot via YouTube. Thanks to Brandon for the link)

March 30, 2021
A Colorado Town Sold Public Property to a Boy Scout for His Christian Memorial
Next Post 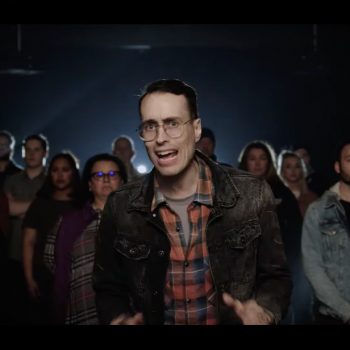