In 1995, Madalyn Murray O’Hair, the founder of American Atheists and still one of the best known atheists in the country, was kidnapped (along with her son and granddaughter) by a man who worked for the organization. All three atheists were later killed.

David Roland Waters and Gary Karr were two of the men involved in the scheme. Waters was given a 20-year prison sentence but died in 2003. Karr was handed two life sentences, having been found guilty on charges that included extortion and money laundering. (He was not charged with kidnapping because the victims’ bodies had not been found at the time.) Karr remains in prison to this day. He’s the only culprit still alive.

But the Supreme Court ruled a few years ago that the sorts of crimes Karr was found guilty of were not eligible for life sentences.

With that in mind, yesterday, U.S. District Judge Lee Yeakel re-sentenced Karr to a grand total of about 50 years in prison. The 21 years he’s already served will count toward that sentence.

“I think this is just about as serious a crime as I have ever seen in this court. … The severity, seriousness and the horror of this crime has not changed in the 26 years since it was committed,” Yeakel said.

Given that Karr is currently in his 70s, the new sentence shouldn’t make much of a difference. He’ll spend the rest of his life behind bars, where he belongs. 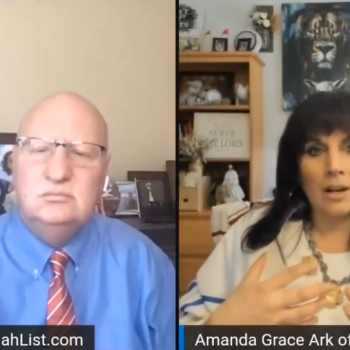 March 13, 2021 AL House Passes Bill to Allow Yoga in School... As Long As No One Says "Namaste"
Browse Our Archives
What Are Your Thoughts?leave a comment