A year after getting kicked out of Christian leadership, Todd Bentley is back.

Bentley was always a joke of a preacher. He said in the past that he raised 35 people from the dead (without proof, naturally). He also claimed kicking women in the face was a good way to heal whatever ails them. And one time, he helped a woman grow a new boob just like Jesus commanded. 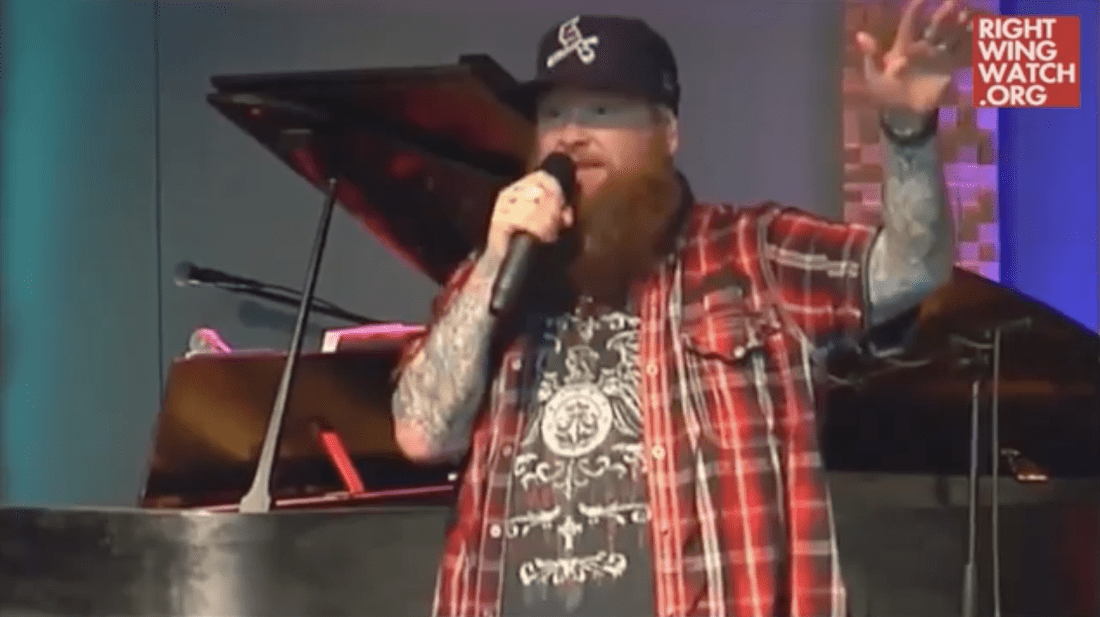 But all of that became irrelevant when, in August of 2019, one of Bentley’s colleagues spoke out against him. They were part of a ministry Bentley founded called Fresh Fire USA, and Stephen Powell said Bentley had a “perverse sexual addiction” that included “both homosexual and heterosexual activity.” Powell also said Bentley made “sexual advances” toward his own interns.

Among the accusations for which Powell claimed to have evidence:

Powell said he compiled a full report of those allegations and shared it with men who helped oversee Bentley, including conspiracy theory-loving pastor Rick Joyner. But Joyner dismissed all those allegations immediately, saying Powell had been operating in a spirit of “witchcraft.”

Bentley also responded to the allegations in a now-deleted Facebook post, admitting to “having a past” but not admitting any details about what Powell wrote.

See? Sure, he may have sent some lewd messages and abused his power, but don’t you dare accuse him of being gay!

It didn’t matter, though. In January of 2020, the “leadership panel” overseeing Bentley issued a statement saying he was no longer qualified to run any sort of ministry. (Protestants don’t do the whole “excommunication” thing, but this was about as close as you’ll ever see.)

Based on our careful review of numerous first-hand reports, some of them dating back to 2004, we state our theological opinion and can say with one voice that, without a doubt, Todd is not qualified to serve in leadership or ministry today.

We recognize, of course, that we have no legal authority over Todd or his ministry, nor do we seek to have such authority. Rather, as elders in the Body of Christ who have been asked to judge righteously, and in the fear of the Lord, we make our viewpoint public, praying that this will help bring confidence and hope to those who have been sinned against as well as encourage deeper accountability in the Church.

It seemed like we had heard the last of Bentley. But it didn’t last long. Last week, Bentley announced his return to ministry:

… The purpose of this letter is to share some of the things that we are moving forward with that the Lord has made clear. It was last summer in July/ August 2020 that I had a series of angelic encounters, visions and personal encounters with the Lord that were absolutely life-changing. At the same time Jess and I used this time to see healing and incredible restoration in our own lives and marriage…

There’s no mention of the alleged pay-for-play sex with men. But there is a mention of angels who made things right. We can’t see them or talk to them, but trust him, everything’s cool now.

We don’t have to take his word for it — but the problem is that many Christians will because they’re gullible buffoons who long for a leader no matter how compromised his own values are. If predatory sexual activity doesn’t ruin Bentley ministry career, what will? And what does it say about the Christians who fall for it?

Bentley doesn’t say he’s working with any of those former overseers anymore. Instead, he renamed his old ministry “Revival Harvest Ministries” and wants money immediately. 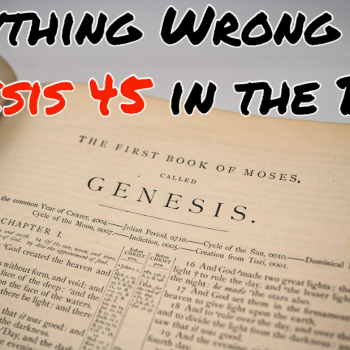 February 1, 2021
Everything Wrong With Genesis 45 in the Bible
Next Post

February 2, 2021 This Creationist's Awful Short Film Claims Scientists Believe in Surfing Monkeys
Browse Our Archives
What Are Your Thoughts?leave a comment