A few months ago, Christian preacher Todd Bentley told an audience that he had personally brought 35 people back from the dead thanks to the power of God: 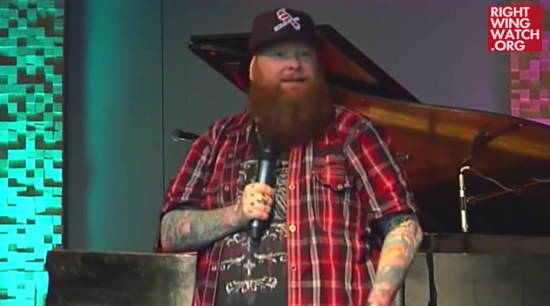 I actually have a “raising the dead” tent that I’ve used for 10 years in Africa… I actually put a sign on my tent called “dead raising tent.” And people go, “Why do you have a tent called ‘dead raising’?” I go, “Well, if I’m preaching in a city and anybody dies, I ask them to bring them to the meeting, we put them in the tent, and we pray over them, and if nothing happens, we bury them.

I said, “give me two days.” I mean, so if they’re fresh — the closer they are to freshly dead — the easier they are to resurrect. The more days they get in there, once you get past the four day mark, it’s [trails off].

… we really do pray for the dead to be raised. Literally. Literally. Whenever we have opportunity, we at least go for it. If nothing happens, we bury them…

We’ve prayed for probably a thousand resurrections. Literally. And we’ve had 35 resurrections of the dead, testimonies of people raised from the dead. Some of them I’ve seen right before my eyes.

There was no video evidence of this happening, nor were any medical records of these 35 people released.

All we had was Bentley’s word for it. Which doesn’t carry much weight with people who don’t believe in the Argument from Authority.

But all our skepticism may soon be unnecessary because Bentley now says he has the proof we’ve been asking for!

According to a recent sermon posted on Rick Joyner‘s MorningStar Ministries YouTube page, Bentley said that he has video evidence of the dead being resurrected and he’ll show it to us:

Yes, we do have — pray for us because we do have about 50 hours of full HD television footage of everything coming, and we will be releasing the TV footage of all the resurrections, and all the preaching, and all the crusades — there’s actually gonna be some amazing footage coming, for the glory of God.

Either he’s making a promise he has no intention of keeping, or he’ll just release a Benny Hinn-style faith-healing farce.

But you heard the man. Let’s see how long it takes for him to release the footage. We’ll be watching.

December 16, 2015
Author Claims It's Harder To Be an Evangelical Christian Than an LGBT Person
Next Post