Preacher: God Told Me Trump Would Be Re-Elected and Any Doubters Can “Shove It” January 18, 2021 Hemant Mehta

Preacher: God Told Me Trump Would Be Re-Elected and Any Doubters Can “Shove It”

Nebraska preacher Hank Kunneman of One Voice Ministries has previously said his prayers would help secure Trump’s re-election, and he’s not about to backtrack with a few days before Joe Biden‘s inauguration.

Over the weekend, Kunneman insisted Trump would remain in power and that those who doubt his prophecy should “shove it.”

Self-proclaimed "prophet" Hank Kunneman repeatedly prophesied that Trump would be reelected. He continues to insist that Trump will remain in office and declares that if you think he's a false prophet, "then you can take your opinion and you can shove it." pic.twitter.com/zLB6ymZNcy

“Why is Hank Kunneman standing?” Because God has spoken to me! And you want to call me false, and yet I have stood and I stand with God. I will stand with His loyalty whether you think I’m false or not. If that’s what you think, then you can take your opinion, and you can shove it.

Even the people who predicted the end of the world eventually had to apologize when the chosen date came and passed. When is Kunneman going to acknowledge that Trump lost? If numbers won’t do the trick, what will?

More importantly, what will it take for his church members to realize they’re under the spell of a liar who isn’t worth listening to or supporting?

January 18, 2021
James Dobson Has Another Deranged Set of Predictions for a Democratic President
Next Post 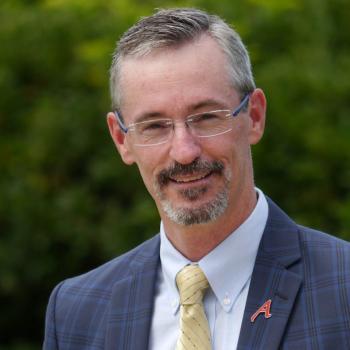