There’s Video of Christian Terrorists Praying to God Inside the U.S. Capitol

One of the best videos we have of what took place inside the U.S. Capitol last week comes from the New Yorker‘s Luke Mogelson, who spent much of the year reporting on the right-wing extremism and got a front-row seat to the insurrection. His story about the riot is a must-read.

Today, the magazine published video he took inside the Capitol. It’s all kinds of disturbing, but I would draw your attention to this scene of the terrorists praying inside the House chambers: 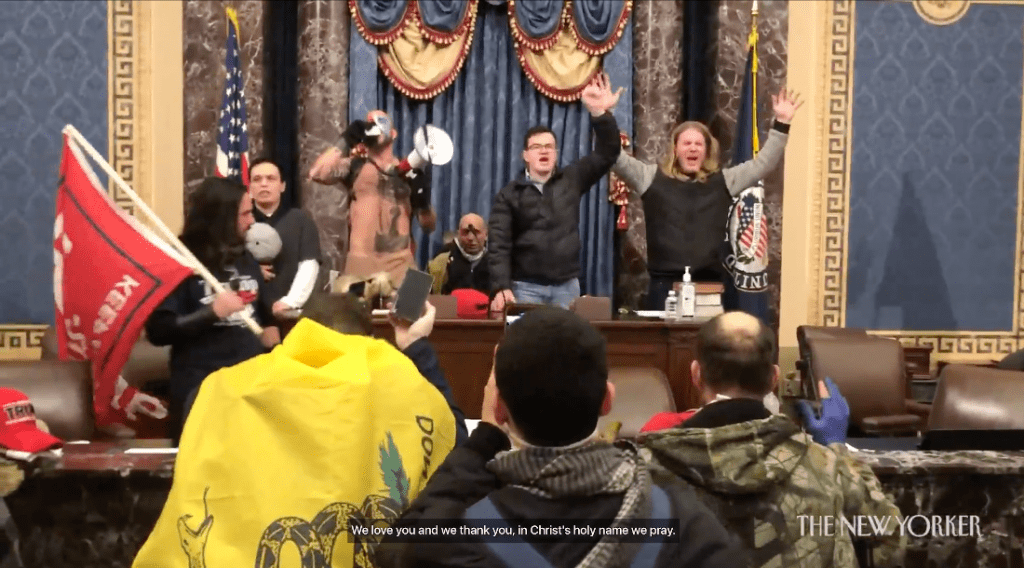 In the midst of their rioting, while trying to take over the Capitol, the “QAnon Shaman” helped the mob thank Jesus for what they were doing.

Jesus Christ, we invoke your name. Amen! [Let’s all say a prayer!]… Thank you Heavenly Father for gracing us with this opportunity… Thanks to our Heavenly Father… for this opportunity to stand up for our God-given unalienable rights. Thank you, Heavenly Father, for being the inspiration needed to these police officers to allow us into the building, to allow us to exercise our rights, to allow us to send a message to all the tyrants, the Communists, and the globalists that this is our nation, not theirs. That we will not allow the America — the American way of the United States of America to go down.

Thank you divine, omniscient, omnipotent, and omnipresent Creator God for blessing each and every one of us here and now.

Thank you divine Creator God for surrounding… with the divine omnipresent white light of love and protection, peace and harmony.

Thank you for allowing the United States of America to be reborn.

Thank you for allowing us to get rid of the Communists, the globalists, and the traitors within our government.

We love you and we thank you, in Christ’s holy name we pray.

These aren’t just terrorists. They’re Christian terrorists. The prayer they recited was one that wouldn’t be out of place at evangelical churches across the country.

I know this comparison isn’t new, but if Muslims invaded the Capitol and said a prayer in the name of their God, we know exactly what Christians would say about it, and we know exactly how right-wing media would cover it.

The 80% of white evangelicals voters who supported Trump for two elections have created an environment where terrorism in the name of their faith isn’t seen as hypocritical or out of place by the most fervent believers. It’s not that all evangelicals condone the actions of the men inside the chamber. It’s that their churches haven’t done enough to dissuade believers from supporting right-wing conspiracies and blatant lies and conservative cruelty — to the point where even outright terrorism is seen as perfectly in line with how these believers view God.

When pastors play into culture war rhetoric, act like Christians are constantly persecuted, and lie to their congregations about how the sky is falling when liberals have any kind of power, they can’t pretend like this scene is shocking.

It’s not surprising at all. There’s a reason so many Christian symbols were seen during the riot.

A bunch of Christians were among the terrorists. They believe God was on their side. Unless evangelical pastors address the beliefs they hold and the rhetoric they use — because that creates a foundation for terrorism like this to thrive — it’s not going to stop.

You can watch the full video here: 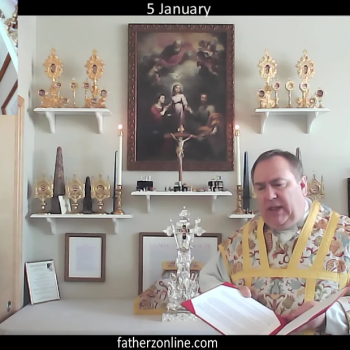 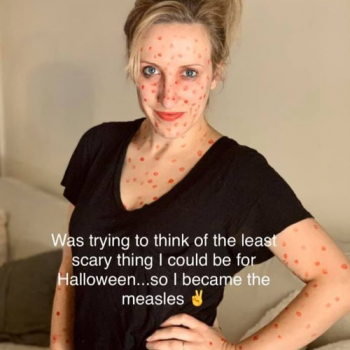