MyPillow Loon: The GA Senate Seats Were Stolen and Trump Will Remain President

Lindell claimed both Georgia Senate seats were “stolen” by Democrats, that Mike Pence would investigate the election, and Trump would remain in office.

During a service last night at Eagle Mountain International Church, MyPillow guy Mike Lindell said the two Democratic Senate seats in GA were stolen, that Pence will form a committee to investigate the Presidential election, and that Trump will be President for the next 4 years. pic.twitter.com/fY2sMh69l9

… I’ll tell you one thing that’s going on, and I want everybody — I’m going to give everybody some hope here. Those two Senate seats that they… stole yesterday… all eyes were on them. Now we’ve got more evidence, more… this stuff went to Pakistan. It went overseas to other countries, China, where these boats went over again. And they, you know, this attack on our nation.

And with that happening, even if we were to won them both, they already have plants where they’re gonna… corrupt senators that are going to flip, and they were going to take the country anyway. So by taking the two, at least we got more evidence for it. And now there should be a very much sense of urgency of all these senators and all these congressmen that are sitting in there telling the evidence to the vice president.

Now, I bet my Twitter, my Facebook, everything is blowing up — my text messages — “Well, the vice president turned on the president.” No, he really didn’t. What he’s saying is… he’s not gonna do what he could do, but he’s gonna follow the procedure. He’s going to have to give a 10-day… I really pray. I think everybody needs to pray that he delays for 10 days and assigns a committee like Rudy suggested… assigns a committee to show all the evidence… that they can look at all the evidence.

The truth is going to set us free. Mark my words, God’s got his hand in all of this, and Donald Trump’s our president for the next four years.

Holy hell, that was a lot of gibberish from one deranged conservative pillow magnate.

To state the obvious, the Senate seats were won fairly in part due to overwhelming turnout from Black voters. Kelly Loeffler conceded.

Trump won’t be president. Pence will be remembered as a disgraced Christian loyalist for a maniacal tyrant. And Lindell is somehow crazier than Trump’s usual supporters. He reminds us that Trump may go away but Trumpism will infest our politics — and rot Republican brains — for years to come.

January 8, 2021
Evangelist Falsely Claims None of the Capitol Rioters "Were Trump Supporters"
Next Post 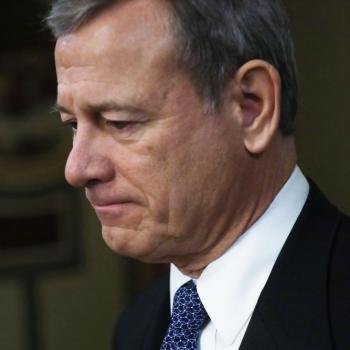