In Tennessee, where Republican Governor Bill Lee has limited indoor gatherings to 10 people, but exempted religious services from that requirement, a church in the city of Cleveland just hosted a massive, maskless Christian conference.

The Ramp, a church at Omega Center International and home of Perry Stone Ministries, held a New Year’s blowout where people gathered to celebrate their blissful ignorance of a virus that has taken over 340,000 American lives (and counting).

Just look at these pictures and think about how selfish every single Christian here must be for them to care so little about the lives of their family members and community. They’re willing to put everyone’s fate in jeopardy because they refuse to acknowledge reality.

A local news channel covered the Christian super-spreader event, but the fact is there’s nothing illegal happening here because Tennessee’s Republican leaders don’t want to upset their base.

WRCB, the local NBC affiliate, quoted George Douglas, whose video from the event is seen above, as saying he wasn’t worried about the virus at all:

Douglas believes people who get COVID-19 or any other sickness should lean on the church for healing.

“The word lets me know that those that are sick to come to the church and let the elders lay hands on them and pray for them and the sick will be healed,” Douglas continued.

Douglas doesn’t seem to realize that devout Christians have died in the pandemic. The virus doesn’t go away because of magic words or shoulder touches. You have to be utterly insane — or brainwashed — to think any of that would work especially when it absolutely has not made a difference so far.

But this is what happens when Republicans act like churches shouldn’t be subject to the same rules when it comes to a disease that doesn’t care what religion anybody is. Churches are not “essential” places that ought to be exempt from COVID restrictions.

The simple truth is that there’s a very good chance people in Tennessee will get sick and die because these Christians didn’t give a shit about their lives. They wanted to party in the name of Jesus, and they believe God won’t listen if they gather over Zoom. Their God must be very weak.

How many more people need to die before religious people like these realize they’re contributing to the problem? 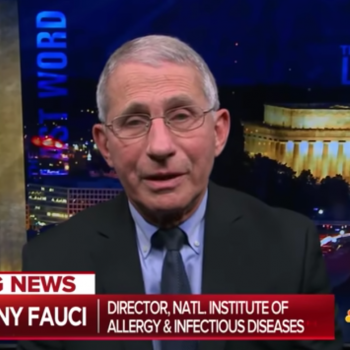 January 2, 2021
Podcast Ep. 355: Conservative Blasts Dr. Fauci for Being a Humanist
Next Post 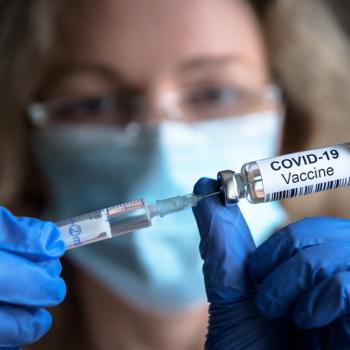