We know the pandemic won’t end unless enough Americans are vaccinated, and one of the biggest barriers to people getting the shots they need may be Christian Nationalism, the ideology that involves (among other things) rejecting science and pledging allegiance to right-wing political leaders.

According to new research published in the journal Socius by sociology professors Andrew L. Whitehead and Samuel L. Perry, who also wrote the book Taking America Back for God: Christian Nationalism in the United States, Christian Nationalists “are much more likely to question the safety of vaccines and to be misinformed about them.”

They’re standing in the way of out ability to overcome this virus. 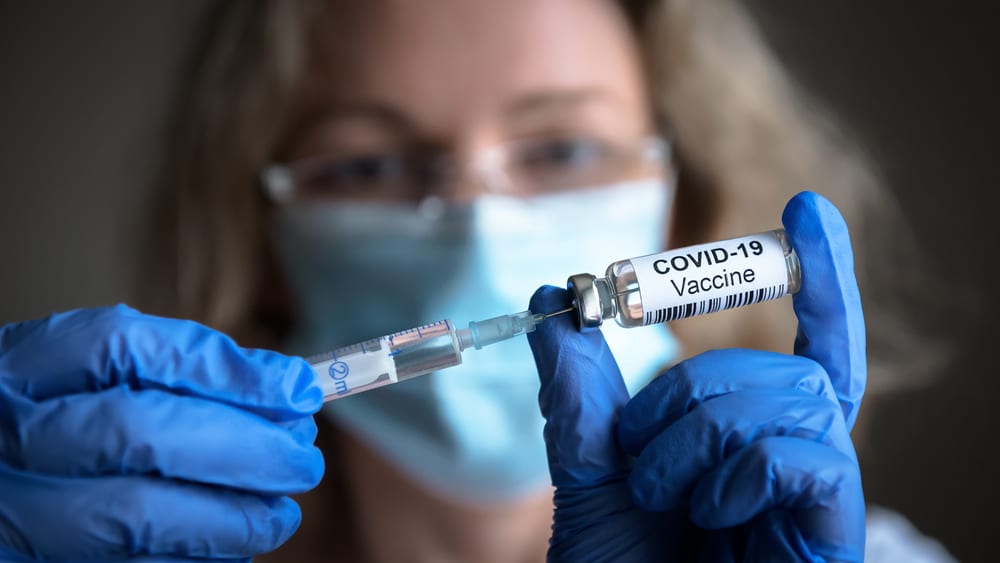 Here’s what Whitehead and Perry did: They analyzed a Survey of American Fears conducted by researchers at Chapman University in 2019. Specifically, they looked at the number of respondents who agreed with anti-vaxxer statements (that vaccines cause autism, that parents should get to decide whether or not to vaccinate their kids, that kids get too many shots, that vaccines aren’t effective, etc). They also looked at how people responded to statements about Christian Nationalism (that we should be a Christian nation, that the government should allow (forced) prayer in public schools, etc). Then they combined each of those results into a single score so the two could be compared.

Americans who agreed with the various measures of Christian nationalism were much more likely to espouse anti-vaccine attitudes, even after controlling for other influences, such as political party, political ideology, religiosity, race or even education. 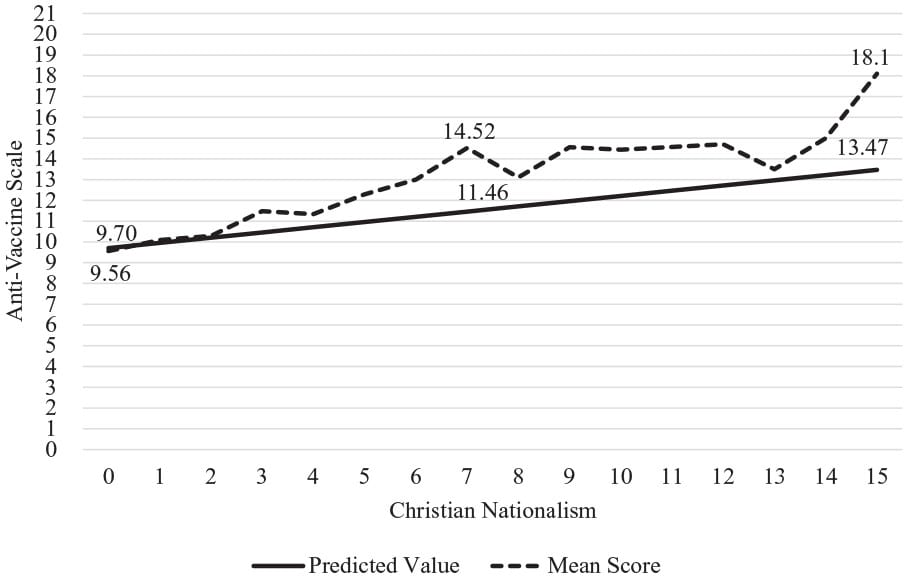 In a piece for NBC News, Whitehead explains that while this survey wasn’t about COVID specifically, the results would likely be the same. That needs to be accounted for when trying to figure out how to roll out the vaccine.

This is a significant concern. Christian nationalist ideology will almost certainly serve as a barrier for a sizable minority of Americans who need the vaccine. Policymakers and health care professionals will need to attend to this hurdle as they plan and then execute any broad-scale vaccination strategy.

And you thought conservative Christian denial of evolution was bad.

The anti-science propaganda espoused by right-wing Christians is literally killing people — and may continue to kill people the longer the ignorant masses hold out getting their shots while encouraging others to do the same. Keep in mind that conservative Christians have also shown little regard for COVID restrictions, demanding that churches remain open or holding large maskless in-person events despite the dangers such gatherings pose to society.

Our nation’s ability to save ourselves will require convincing the public to trust science over religion — or at least trust scientists over Christian death cult leaders.

(Image via Shutterstock. Thanks to Andrey for the link) 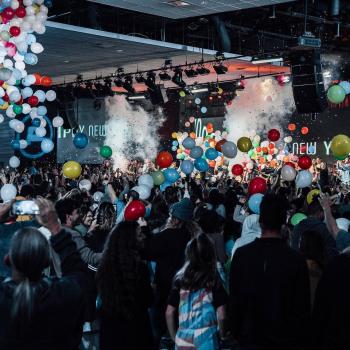 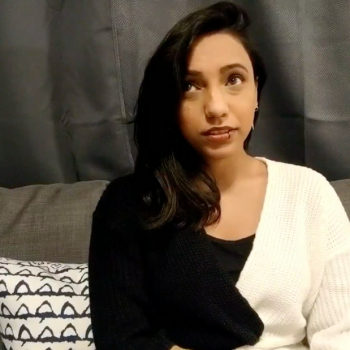