Here’s How Kentucky Nearly Banned the Teaching of Evolution a Century Ago October 1, 2020 Hemant Mehta

There are plenty of books that explain evolution, debunk Creationism, and get into the weeds of public policy regarding how we teach science. But historian Adam Laats believes we will only be able to get past the controversy if we have a better understanding of how it developed and how we’ve all misunderstood the other side.

His new book, Creationism USA: Bridging the Impasse on Teaching Evolution, dives into that history far beyond the Scopes Trial and Dover. 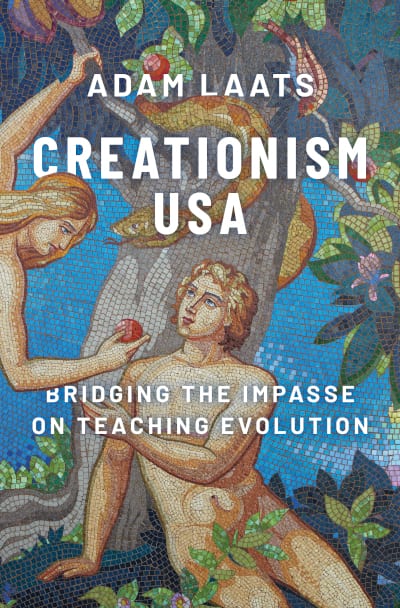 In the excerpt below, Laats writes about a particular piece of pro-Creationist legislation that was a single vote away from passage a century ago.

The Scopes Trial was exciting, but it wasn’t really the most important episode in the creation-evolution debates of the 1920s. More important in the big picture, the laws and bills that state legislatures considered in that decade tell us what evolution meant to schools at the time.

Nevertheless, the Scopes Trial still looms large in people’s memory, even if we don’t usually remember it correctly. Some of us think of Inherit the Wind, the McCarthy era reinterpretation of the trial. In that dramatic but historically misleading vision, heroic defenders of science deflated the ignorant, closed-minded pretensions of creationist curmudgeons.

In real life, there certainly were some people who hoped the trial would do just that. Clarence Darrow, for example, came to the trial in order to prove to America and the world that evolution’s day had come. Darrow put radical-creationist hero William Jennings Bryan on the witness stand and tried his best to poke holes in Bryan’s anti-evolution logic. If the Bible is a trustworthy source of facts, Darrow asked, then where did Cain find his wife? There shouldn’t have been other people around. And was it really possible for Jonah to be swallowed up by a giant fish? . . . Did Joshua really command the sun to stand still?

Most important, Darrow tried to prove that thinking people couldn’t possibly believe such outlandish stories. Did any real scientist endorse them? When Bryan cited his expert George McCready Price, Darrow pounced. Price, Darrow announced gleefully, was a “mountebank and a pretender and not a geologist at all.”

These interchanges made great copy. Newsmen at the trial reported the conflict breathlessly. What fewer people noticed–at the time or since–was that the clash between Bryan and Darrow was not really the most important or consequential back-and-forth of the era. With the benefit of historical hindsight, we can get a better view of the real issues.

The Scopes Trial only happened, after all, because of a new anti-evolution law in Tennessee. As did four other states, Tennessee had passed a law or resolution denouncing or restricting the teaching of evolution in public schools. The political power of those laws–and all the bills that almost became laws–can tell us more about the state of creationism and evolution in the 1920s than the Scopes Trial can.

The best example is probably the first one. In 1922, Kentucky considered a new law to ban the teaching of evolution in public schools. It didn’t pass, but it only missed by one vote. In fact, lawmakers had corralled the votes to push the bill through, but at the last minute a few supporters switched sides and voted against the law. Why? Because they were assured in a backroom deal that Kentucky’s schools would quietly ban evolution anyway. If conservative lawmakers could be confident that no public school in Kentucky would teach evolution, then they agreed the bill wouldn’t be necessary.

For anyone with the time to slog through the records of Kentucky’s state legislature, the really dramatic story of creationism in the 1920s leaps out from the dusty pages. In Kentucky, the bill that almost passed would have done much more than simply allow Kentucky’s teachers to teach creationism. It would have done more than protect the academic freedom of teachers to tell students about the scientific weaknesses of evolutionary theory. The bill that just barely didn’t become a law would have banned the teaching of evolution entirely. And not just that. In addition to evolution, the bill would have banned atheism or agnosticism from Kentucky’s public schools. Even more remarkable, a Senate amendment would have prohibited any public library in the state from owning any books that could “directly or indirectly attack or assail or seek to undermine or weaken or destroy the religious beliefs and convictions of the children of Kentucky.”

It’s worth pausing for a moment to consider the implications of such a bill. What would it mean to ban every book from a public library that might “indirectly” challenge the religious beliefs of children? Would every book that included information about different religious traditions be banned? After all, a young evangelical student might start to wonder why so many humans did not share her religion. Would all writings of prominent religious skeptics like Thomas Paine be pulled from the shelves? Or even the religious musings of Thomas Jefferson?

In retrospect, the theocratic ambition of a bill like this one from Kentucky seems breathtaking. Lawmakers did not hesitate to ask public institutions to embody their religious beliefs. There wasn’t much talk of a wall of separation yet between church and state. It seemed appropriate–to some legislators at least–to denude library shelves of any books that children might find religiously challenging.

In the end, though, the bill didn’t pass. And because it didn’t become law, it might be tempting to dismiss its language as the overinflated fantasy of 1920s radical creationists. Tempting, but wrong. Remember, this bill was defeated by only one vote, and some supporters voted against it at the last minute. They did so only after receiving reassurance that the state would go ahead and do everything the bill promised.

In other words, in Kentucky in 1922, radical creationists weren’t satisfied merely to wedge creationism into science classes through a back door. No, back then radical creationist leaders wanted much more. They hoped to install–frankly and unapologetically–theocratic rule on their state’s schools and libraries. No schoolteacher could have taught evolution, not legally at least. No schoolteacher could have even taught children that smart people might wonder about the existence of God. And the state’s public libraries would have had to purge their shelves of any book that might challenge a student’s religious beliefs. It’s hard to imagine what books might be left after getting rid of everything that might possibly “indirectly” challenge traditional, conservative Protestant beliefs.

Creationism USA is now available in bookstores and online. Be sure to check it out! There are tons of nuggets like that throughout the book, along with Laats’ proposals for how we get past this divide. 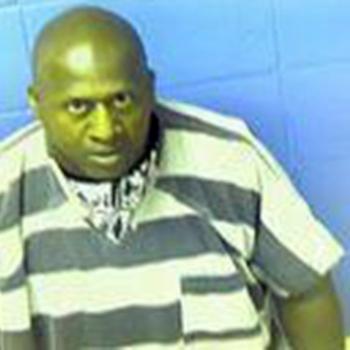 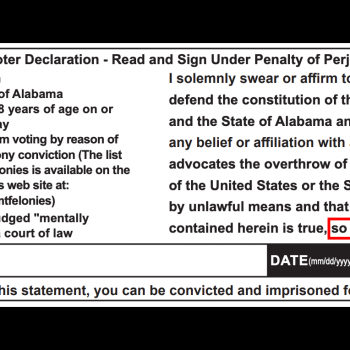 October 2, 2020 Atheists Sue Alabama for Making Them Swear an Oath to God in Order to Vote
Browse Our Archives
What Are Your Thoughts?leave a comment