Pastor Matt Hagee: LGBTQ Rights and Women’s Rights Are the “Doctrine of Demons”

During a sermon at Cornerstone Church on Sunday, right-wing pastor Matthew Hagee spoke about the “doctrine of demons” — referring to abortion, homosexuality, and… apparently universal health care.

Because civil rights and caring for the sick are the tools of Satan.

“Socialism is not some brand new revolutionary economic system that sustains governments and people,” Hagee added. “Socialism is a lie. When you tell somebody you can have what you want, when you want, as much as you want, and it’s all going to be free, this is not an economic strategy, it is a doctrine of demons, and it needs to die in these United States.”

Hagee is no stranger when it comes to out-dumbing his father John Hagee. A few years ago, he blamed the teaching of evolution for the deaths of “55 million children.”

Meanwhile, as the number of COVID deaths tops 134,000 Americans, you won’t hear them saying a bad word about Donald Trump or his administration. 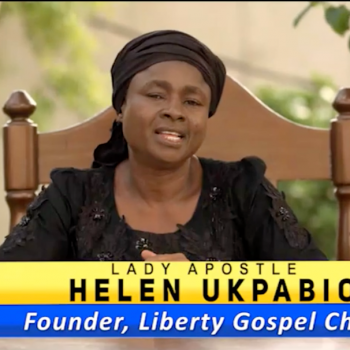