Conservative Christians Can’t Handle Pixar’s “Out,” a Short Film With a Gay Lead May 27, 2020 Hemant Mehta

Conservative Christians Can’t Handle Pixar’s “Out,” a Short Film With a Gay Lead

Over the weekend, Pixar released a short film on Disney+ called “Out.” The nine-minute movie marks the first time there’s been a gay protagonist in a Disney/Pixar film — as opposed to an incidental mention or appearance of a same-sex couple. 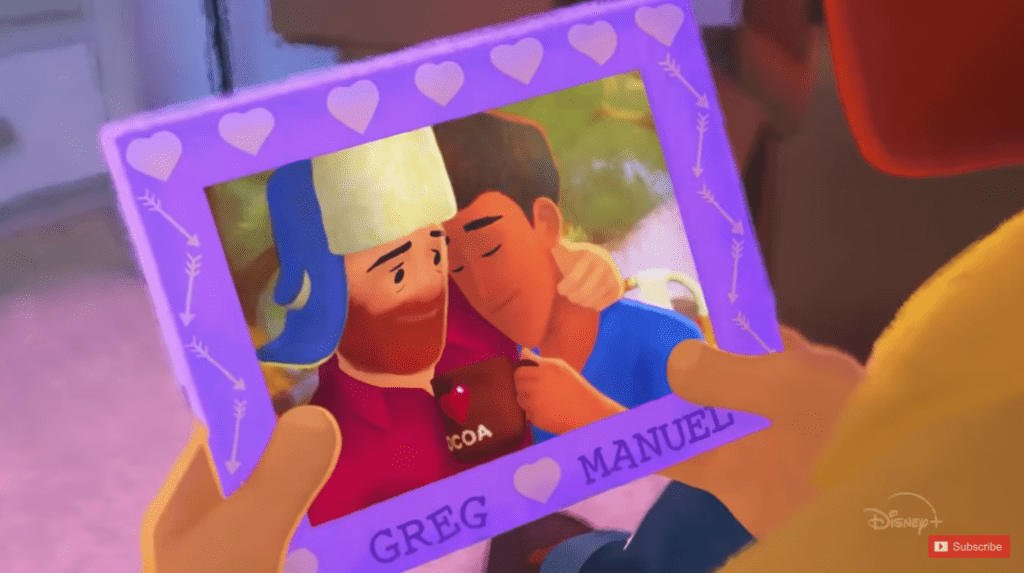 In the film, main character Greg is preparing to move into the city with his boyfriend, Manuel. Greg is gripped by the difficulty of coming out as gay to his parents, who have paid a surprise visit to help him pack for his move. A dramatic series of events initiated by the couple’s dog ensues. As the official logline puts it, “With some help from his precocious pup, and a little bit of magic, Greg might learn that he has nothing to hide.”

Seems pretty straightforward (no pun intended). If this is news at all, it’s only because it took this long for Disney to feature an openly gay couple at the center of a story.

So naturally, conservative Christian groups are already freaking out.

One right-wing website referred to it as the “normalization of sexual perversion.”

LifeSiteNews said the film was the most recent example of Disney and Pixar “pushing the homosexual agenda”… which apparently means acknowledging the existence of gay people. That site also suggested that Disney’s lower recent stock price was due to “its promotion of the LGBT agenda,” and not the pandemic shutting down Disney World and all the other attractions.

Creationist Ken Ham also said the point of the movie was to “push the LGBTQ agenda on kids” — as if seeing a gay couple on screen will somehow make them gay — before pivoting to advertise his own live-streaming service. 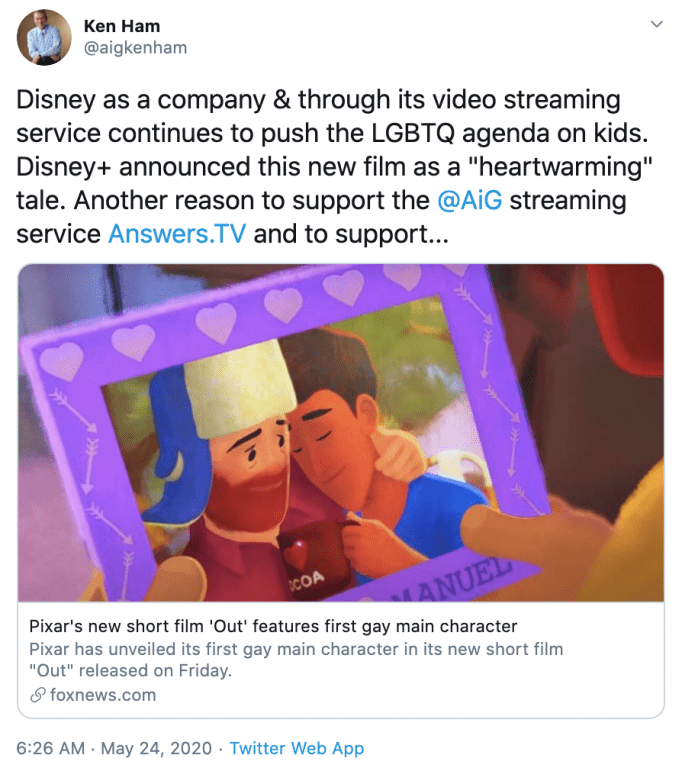 Maybe the strangest thing about all this is that the one mom at One Million Moms (Twitter count: 4,774) hasn’t said a damn thing yet.

Is she on vacation somehow? Where did she go?! This is the moment she’s been preparing for her whole life and she’s on hiatus?! The group rushed out an angry press release at the mere sight of two dads on DuckTales, but a Pixar short film about a gay couple premieres for millions of fans and she gets stage fright or something.

I expected better from you, Monica Cole. I don’t know why you’re holding in the bigotry. But you found time to update your Facebook page with a Jesus meme, so someone’s on duty. At least tweet out a pointless petition so we know you’re okay. 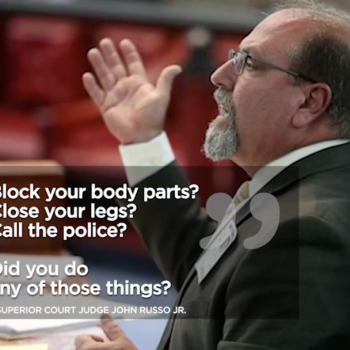 May 27, 2020
NJ Judge Who Advised Sexual Assault Victim to "Close Your Legs" Kicked Off Bench
Next Post