Cristian Ionescu is a corona-defying pastor from Chicago who believes that his youth in Romania, where he grew up under the communist dictator Nicolae Ceaușescu, has made him an expert at detecting tyranny. 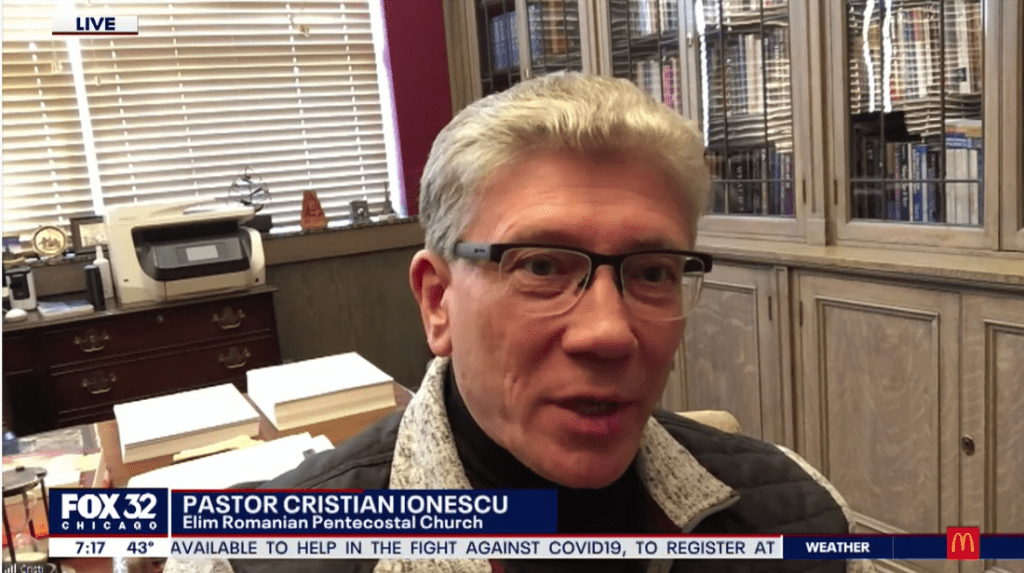 Back then, he saw churches demolished and pastors jailed — and now, he says, right here in the Land of the Free, it’s happening again!

The Communist Party terminated Ionescu’s automatic membership in the party after he declined to join the Romanian secret police at age 16, cutting him off from further educational opportunities and exposing him to increasing persecution. After a seven-year wait, his family immigrated to the United States as religious refugees. “So when I hear about shutting churches down without consent, without communication, without dialogue … it sounds like the same playbook the Communists used,” he said.

You hear that people? This is the exact same playbook as the Communists’! It’s uncanny! It’s unconscionable! It’s un-American!

(1) was issued by a democratically elected leader;

(2) will be in place for weeks or months, not indefinitely;

(3) subjects all public gatherings to the same temporary restriction, and doesn’t single out Christians or any other group;

(4) was implemented to save thousands of lives, not because a tyrant has it in for religious people;

(5) one hundred percent guarantees that every single person may worship, both privately at home and publicly/collectively via the Internet;

(6) was issued in a country where every two-bit church receives valuable tax breaks from the same government that people like Ionescu think is persecuting them; and

(7) is subject to review by an independent judiciary.

Numbers one through six mean nothing to Ionescu, but number seven is great!

Ionescu’s Elim Romanian Pentecostal Church, along with Logos Baptist Ministries in nearby Niles, Ill., filed a lawsuit in U.S. District Court … to stop the state from enforcing the order.

If Ionescu got paid by how much hyperbole he produces, he’d be a regular Rockefeller by now. For instance, via his blog, we learn that the government is gunning for his life. Worse, he’s already been tried and convicted, apparently:

We’ve been sentenced to death! Not by a firing squad, not by lethal injection and certainly not in the electric chair. It is more sinister. It is not by closing down the church, it is by keeping people away from it and from each other!

I’m sorry to say that we haven’t heard the last from this colossal windbag. Not only is there his lawsuit, but on his website, Ionescu shares this ominous warning: when there’s finally a COVID-19 vaccine, he says,

… for many of our members [that] will be another delicate issue altogether.

I know my rights! The gub’mint can’t force a cure on me! I’ll die for my freedom, and I’ll take you with me!

I predict that that’s the kind of religious horse’s-assery we’ll be writing about next spring, post after post: Holy rollers saying that the coronavirus vaccine is the Mark of the Beast, poison from the Antichrist, the devil’s semen. They’ll refuse to take it.

It’s not like I have a working crystal ball; but as sure as the sun goes up in the East, we can count on conservative Christians to seek and attain new levels of derangement.

May 13, 2020
Scotland Inadvertently Created a New Blasphemy Law In Its Hate Crimes Bill
Next Post 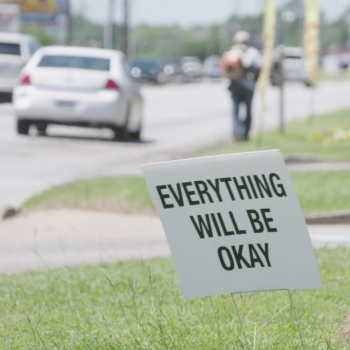