I mentioned a few weeks ago that Scotland was on the verge of banning the “crime” of blasphemy. The nation had proposed a new Hate Crimes Bill, designed to modernize the law, that included a clause abolishing “blasphemy” as a crime. Fantastic news!

But maybe I spoke too soon.

It now appears that bill also includes a section that would criminalize “stirring up hatred” against various groups… including religious ones.

Somehow, blasphemy will be eliminated but hurting religious sensibilities could be prosecuted. How does that make any sense?!

The National Secular Society is trying to sound the alarm before it’s too late to change the wording of the bill:

Ministers would be better served ditching the idea of ‘stirring up hatred’ and relying on easily-defined, clear offences. Credibly inciting violence against a group of people should be off-limits. And if someone has been the victim of an existing offence — for example they’ve been harassed, attacked or threatened — on the basis of their religious identity, it should be an aggravating factor. Otherwise we should be wary.

Chris Sloggett of the NSS suggests a solution: Since hate speech prosecution requires a person to be “threatening or abusive,” just keep the “threatening” and ditch the “abusive.” After all, the latter is really in the eye of the beholder. (In England and Wales, only “threatening” speech is a problem.)

Scottish officials may say this argument is moot since there’s another clause in the bill that specifically says “criticism of religion or religious practices” is an exception to the rule, as is trying to persuade other people to stop practicing their faith.

Sloggett says that the “free speech” defense is “better than nothing, but weak and clumsy.”

The fact ministers have considered a free speech clause necessary is a sign that the drafting of the bill is too open to interpretation. A better approach would be to ensure any offences are clearly and narrowly defined, and better justified, in the first place.

If someone says “Christianity is the worst,” or “I wish Jesus stayed dead,” or “The Catholic Church is the largest crime syndicate in the world,” or “Hey, I drew a picture of Muhammad and nothing bad happened,” are those hateful comments? Or are they just arguments meant to stop people from practicing their faith?

What about Monty Python’s Life of Brian, which is satire but was initially protested as blasphemous when it first came out? Couldn’t that be deemed “abusive” by some?

Stephen Daisley, writing at the (conservative-leaning) Spectator, offers other examples:

… what about plain old hatred? Not witty or satirical or dreamt up by some Footlights alumnus up for the Edinburgh Fringe. I mean straightforward loathing: ‘Islam is a terrorist religion’, ‘the Catholic Church is a child abuse cult’, or ‘Haredi Jews are wife-beating fanatics’. These are hateful things to say and it’s perhaps ‘likely that hatred will be stirred up’ by someone saying them, but should they result in a jail term?

Couldn’t all anti-religious speech be described as trying to get other people to change their minds?

Somehow, this bill both eliminates the blasphemy law and inserts a new one in its place.

If the bill’s wording isn’t changed, the problems it was meant to resolve will eventually reemerge. What a waste of time that would be. 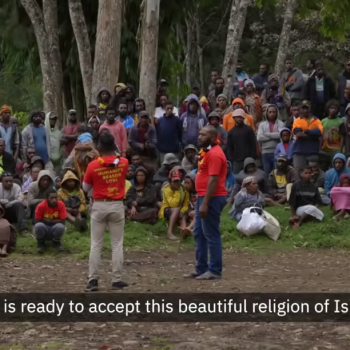 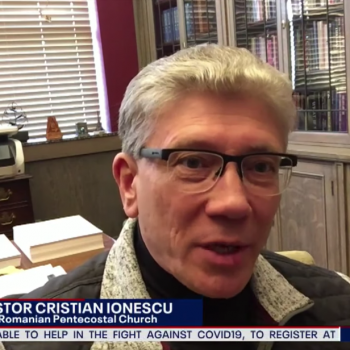