This Chart Shows How Quickly Americans Are Abandoning Organized Religion May 1, 2020 Hemant Mehta

This Chart Shows How Quickly Americans Are Abandoning Organized Religion

The American Enterprise Institute, a conservative research group, released a report yesterday on the decline of American religiosity, and it’s a stunner. According to Adjunct Fellow Lyman Stone, who wrote the report, the U.S. may be more religious than other countries, but “American religiosity is in rapid decline.”

His report is a long one and I’m not critiquing his analysis here — I haven’t digested the entire thing to be able to do that. But I wanted to share one figure that blew my mind.

Stone took data from a number of prominent surveys to assess what they all said about religious identification. We’re talking Gallup, Pew, the General Social Survey, the American Religious Identification Surveys, the American National Election Studies, and the Cooperative Congressional Election Study — the resources that religious researchers have relied on for information for decades. Then he slapped all that information into one chart to show how the percentage of Americans with a religious identity is shrinking.

Just look at it. 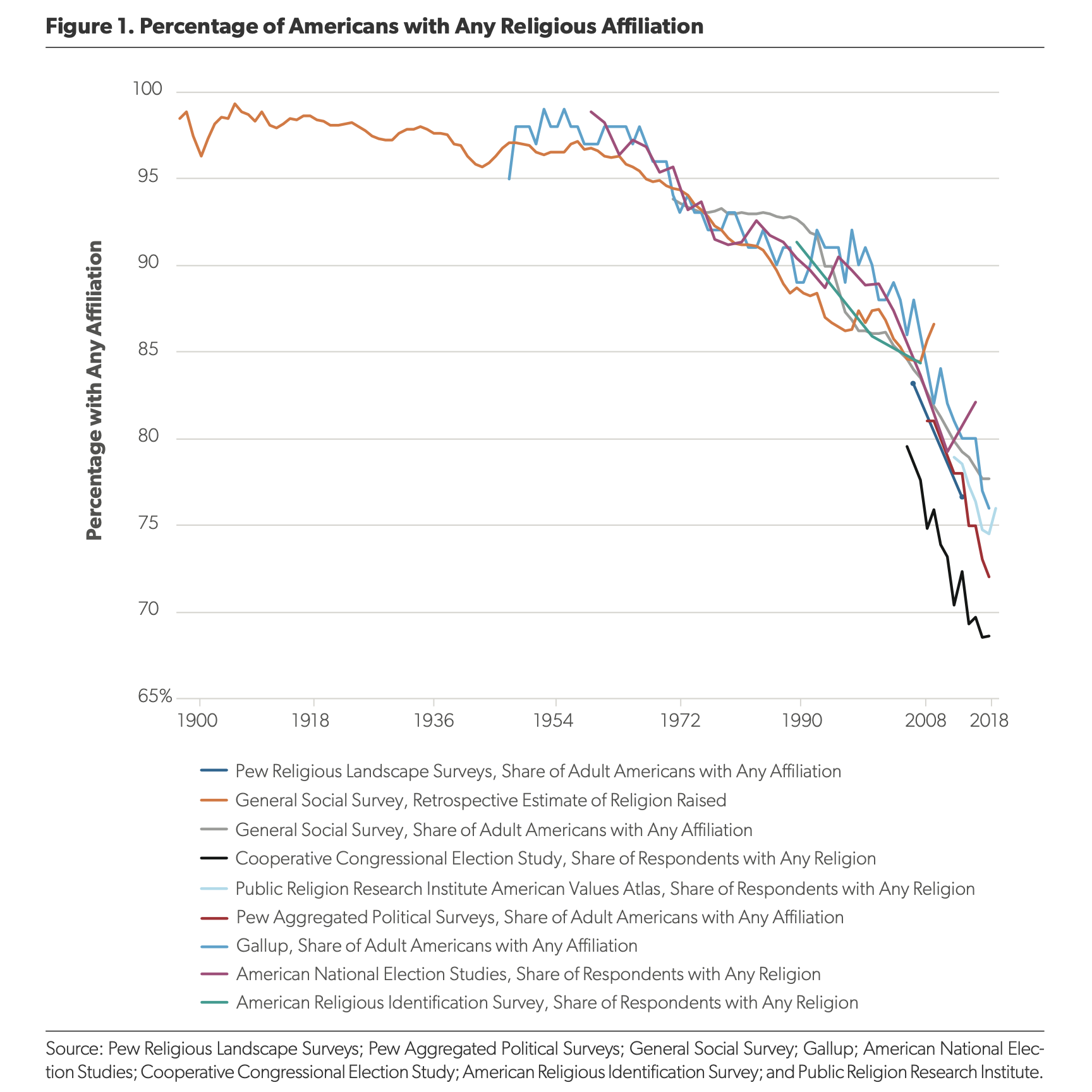 It’s never been so beautiful to see a powerful institution in such decline. Just about every survey on the topic, using a variety of methods to obtain information, are coming to the same conclusion: People are running the hell away from organized religion.

Granted those numbers aren’t going down to zero. They’re going down to 75%, give or take a few. But that’s still a major shift in people who are non-religious and fine with it. (Stone also points to a longterm decline in religious/biblical baby names, another way of showing the waning influence that religion has on our lives.)

There’s a separate discussion to be had about why this decline is happening, but we’ve never seen anything like it. And it doesn’t look like we’re bottoming out anytime soon.

May 1, 2020
Jehovah's Witnesses Sue Owners of FaithLeaks for Posting 74 Convention Movies
Next Post 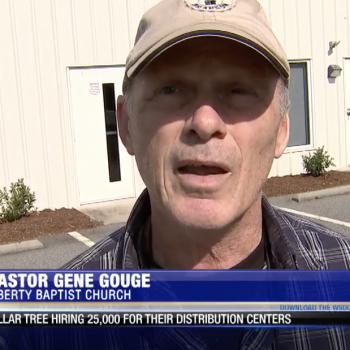