It’s bad enough that a Christian pastor is ignoring the seriousness of this pandemic by calling for in-person church services that he could easily host online.

It’s even worse that he’s pretending the virus is a hoax. (But when your entire theology is built on convincing people that fictional stories are real, I suppose it’s not a huge stretch…)

North Carolina Pastor Gene Gouge of Liberty Baptist is doing all of the above in his attempt at downplaying and dismissing the virus even though the effects of it are all around us:

“95% of everything that has gone on about the last month or two months is a mirage. It is an illusion, a delusion. It ain’t real,” he said.

“We believe this virus has been weaponized and has been used to hurt our country and hurt our constitution,” he said.

Naturally, Gouge wants churches reopened immediately so that everyone can “develop an immune system” — build up immunity — to a virus that acts so quickly, approximately 60,000 Americans (so far) have not been able to survive it.

Gouge was asked about that contradiction, to which he said cancer patients and the elderly should be “extra precautious”… ignoring the fact that people who are young and seemingly healthy have also been killed by this disease.

He’s obviously not the only Christian pastor promoting ignorance even as the virus continues tearing through our communities. But because of people like him, many Christians are ignoring stay-at-home orders and urging government officials to end lockdowns before it’s safe. Their science denial, mixed with their constant desire to feel persecuted, is only going to lead to more infections and more deaths.

Gouge doesn’t care. If people die, he’ll get to call it part of God’s Master Plan or blame it on Democrats and the cash will keep flowing. It’s utterly irresponsible. And at this point, it’s becoming normalized. 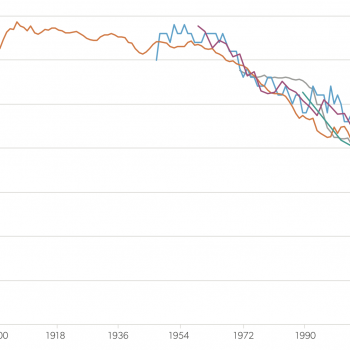 May 1, 2020
This Chart Shows How Quickly Americans Are Abandoning Organized Religion
Next Post 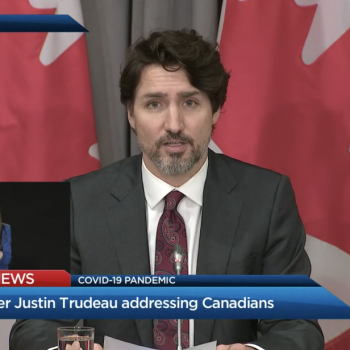 May 1, 2020 Canada Bans Assault Weapons; People "Deserve More Than Thoughts and Prayers"
Browse Our Archives
What Are Your Thoughts?leave a comment