Aaron Rodgers: How Can Anyone Believe in a God Who Sends People to Hell? January 23, 2020 Hemant Mehta

Aaron Rodgers: How Can Anyone Believe in a God Who Sends People to Hell?

If you pay any attention to football, then you know Aaron Rodgers is both an amazing quarterback and intelligent guy. (He was a winner on Celebrity Jeopardy, too.)

About a month ago, he gave an interview to Danica Patrick for her “Pretty Intense” podcast and opened up about his religious skepticism.

He spoke about joining a Christian group when he was younger, even going on memorable missionary trips, but his priorities changed once he got to college. He also learned about other religions, and realized a lot of religious claims are equally absurd.

Fair question. Not an unusual one either. The concept of Hell has created many an atheist and led to countless seminary discussions. But Rodgers’ comments seem to have struck a chord, especially given the religious nature of football.

Rodgers never says he’s an atheist, but apparently, his lack of religiosity and his fame have created a rift with his extremely religious family. That, too, isn’t unusual.

If religion has anything to do with the rift, just have another to what he said in that interview. None of it is controversial. None of it is offensive. The points he brings up are legitimate even if people think there are answers to them.

How many families have been torn apart just because someone dared to question a sacred cow? 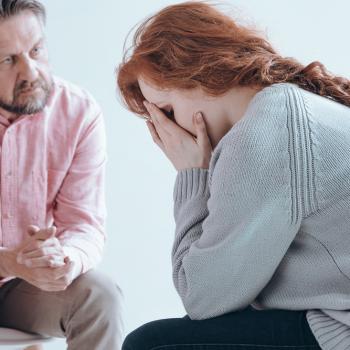 January 23, 2020 Utah Finally Bans “Conversion Therapy” for LGBTQ Children
Browse Our Archives
What Are Your Thoughts?leave a comment