Captain Marvel has already earned more than $455 million, making it one of the biggest ever opening weekends for a movie. It also thrust actress Brie Larson into conversations about what a female role model can look like, and that’s a problem for conservative Christians who can’t handle strong, powerful women. 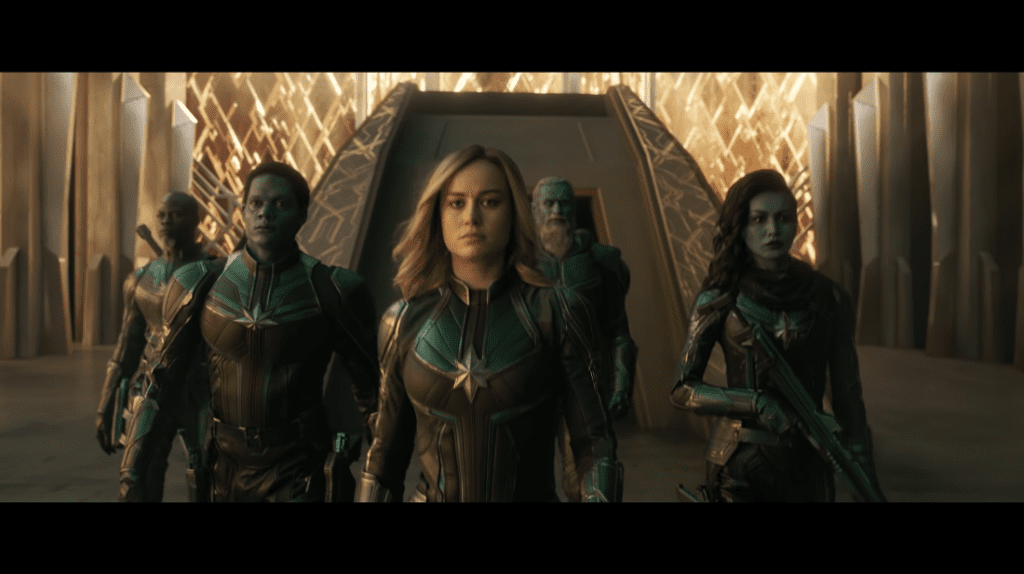 Greg Morse, a staff writer for the website Desiring God, says he “cannot help but mourn” the direction Disney has taken its female leads, going from women like Sleeping Beauty and Snow White, who needed princes to save them, to Captain Marvel, who is just fine on her own, thank you very much.

Instead of engaging the movie’s ideology as mere fiction, a fun escape to another world, we have allowed it to bear deadly fruit on earth. Along with Disney, we abandon the traditional princess vibe, and seek to empower little girls everywhere to be strong like men. Cinderella trades her glass slipper for combat boots; Belle, her books for a bazooka. Does the insanity bother us anymore?

He can’t believe Captain Marvel is fighting battles that men should be fighting on her behalf.

How dare the feminists, who like these plotlines, allow that to occur?!

We ought to lament that feminist lust cannot be appeased, even with blood. It takes its daughters and now, calling men’s bluff, advocates for sending its mothers into the flames.

Why do feminists hate women so much?!

Morse acts like he’s doing women a favor by pushing for traditional gender roles that leave them back home, cooking and cleaning and bearing children. He ignores how the message of this movie is that women are fully capable of creating and achieving their own dreams. They don’t need men dictating what they can and cannot do, and they sure as hell don’t need a Christian man telling them they’re disobeying God by taking matters into their own hands.

Morse, by the way, is the same guy who recently said effeminate men won’t get into Heaven. He’s just full of harmful ideas.